Are you ready for Friday the 13th? 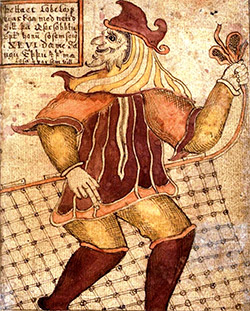 Of all days, this particular combination of "day of the week", and "date" is widely regarded as an unlucky day. Over time, the idea has grown so much so it has even spawned many horror movies to help spread around the fear that so many of us feel.
Yet, for some, it is so much more than an unlucky day. "Friggatriskaidekaphobia" is a legitimate phobia, supported by many horrid historical facts occurring on that day. There's something more than simply being a coincidence of an unlucky day and an unlucky number.
Friday is widely regarded as a day of ill will, due to such things as Crucifixions typically taking place on Fridays. Ultimately, executions in general in many Western Cultures also moved executions to Friday, thus making it something of a "day of death".
Thirteen has often been associated with unlucky things as well. Utilizing the root of "Friggatriskaidekaphobia", we can look to a story from the Norse, wherein Loki, Trickster God, was the 13th guest to arrive at a feast. Upon arrival, he put a heinous plan into motion, ending the feast by getting Höðr, the blind God of winter, to accidentally kill Baldr, the benevolent God of summer, with a mistletoe tipped spear. With the period of mourning that followed, 13 became an unlucky number.
In Christianity, thirteen gained its stigma when Judas, the thirteenth guest to arrive at the Last Supper betrayed Jesus Christ.
In more modern times, Gregory Johnson included a thirteenth floor in his designs for the Empire State Building. Three days after its completion, on a Friday, the weight of the building caused it to buckle and it crushed the thirteenth floor. It has been structurally sound ever since.
The Knights Templar were essentially wiped out on Friday the 13th. Mass arrests in a well-coordinated raid took apart the order in chains. Philip IV of France charged them with heresy, blasphemy, obscenities, and homosexual practices. While the charges were never proven true, Templars still suffered excruciating torture intended to force "confessions", and many were burned at the stake for their crimes.
In the Netherlands, Friday the 13th traces back to a Dutch Holiday where mischievous children would sneak into graveyards at night and defecate on tombstones.
The Aztecs murdered 39,000 people in one day on Friday the 13th of August 1539. This was done at the request of Hernan Cortez, who had arrived claiming to be a God who sought tribute. The next day, he overthrew the empire.
Genghis Khan is said to have met his first defeat on Friday the 13th. This fight between between Genghis Khan and his siblings fueled the inferiority complex which drove him to conquer the entire continent. 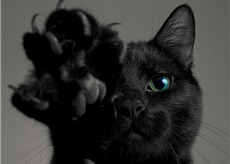 Twelve is a number considered complete by many cultures. Twelve Months. Twelve Gods of Olympus. Twelve Zodiac Signs (Both Eastern and Western Zodiacs). Twelve Sons of Odin. Twelve Labors of Hercules. Twelve Jyotirlingas (Hindu Shrines) where Shiva is worshipped. Twelve successors of Muhammad in Shia Islam. Twelve Tribes of Israel.
Thirteen is thus the number that has unbalanced the perfection of twelve.
Friday the 13th, as a result, has garnered a stigma. As with any stigma, many peopletry to downplay the effects or reasoning behind the fear, but friggatriskaidekaphobia is a real condition, wherein people are so paralyzed with fear that they go so far as to not leave their bed for the entirety of the day. It's an intersection of bad luck, with centuries of malicious energy gathered into it. Whether or not you believe in it, it is not something to take lightly.