Posted by Eugenie LaCroix on 11/2/2014 to Occult Weekly
Scorpio (Oct 23 – Nov 22)
Winter is well and truly upon us as Scorpio moves to prominence in the sky. There is 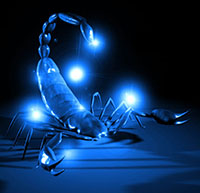 little or no need to have to point out that the symbol for this sign is the legendary Scorpion.
The Greek legend goes that the hunter, Orion, was all powerful in his control of the land. He stated that he could take on and slay any beast in the land, and he proceeded to hunt down every animal. Unhappy with the killing, the god Artemis sent the giant scorpion to fight and beat Orion, which it did. That’s why when the constellation of Scorpio (or Scorpious as it is also known) rises to prominence, Orion fades away. That is the enduring power that this constellation still carries.
Read More
(3) Comments 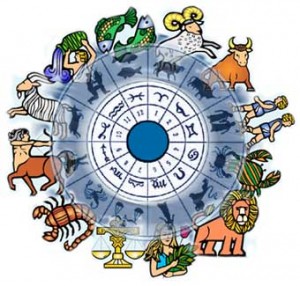 Virgo of course refers to the image of the ‘Virgin’. The ancient Greek myth was that Persephone, daughter of Zeus, had been kidnapped and taken to the underworld by the shifty Hades. Her mother, Demeter, flew into a rage and threw the Earth’s climate out of sync, running the harvest. As the inhabitants of the world grew hungry – a deal was struck. Hades would keep Persephone for part of the year, while she would return to the land of the living for the rest of the year. Hence, the appearance of Virgo above us foretells her annual return to the land of the dead. This image of the fair Persephone in the sky would help console her mother, reminding her she will be back soon.

Posted by Eugenie LaCroix on 9/21/2014 to Occult Weekly
Libra (Sept 23 – Oct 23)
Libra itself is a reasonably faint constellation that comes to prominence as the seasons turn cold. As we prepare for winter and leave the warmth of summer behind, Libra shines faintly above. This slow but steady shine of this ancient constellation should not be underestimated.
It has its genesis in Babylonian star-gazing, where it was viewed as cosmic scales, used by the sun god Samash. This important deity was also the dispenser of justice. Therefore, the constellation of Libra was viewed as a sign that had a close association with righteousness and equality. All order and moral authority therefore flowed from it. The ancient Greeks followed this tradition, and this aspect has a very real impact on those who born under this sign.
Read More
(5) Comments 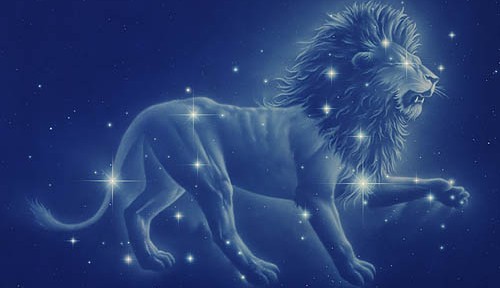 This particular sign is one that is especially well known. Coming to prominence in the heart of summer, this is a sign that seems to be particularly empowering. You always seem to know a Leo when you meet one.

The sign itself is characterized by the mighty Lion that forms the constellation. Those born under this mighty creature seem to naturally move into positions of responsibility and power as they progress through life. They are people who don’t get too hung up on details – but manage to power through to the goal they need to reach. They are "doing" people - movers and shakers who help move projects and plans to completion.

A natural-born courage seems ingrained into those who are born under Leo. There is a natural strength within them that helps to drive them forward. Often they must search deep within them to let this courage flow – but when it does it is truly spectacular. Often you find Leos in stressful and challenging professions, making the most of themselves. They are often pilots, fire-fighters, good academics and paramedics and natural leaders. Their skill set often makes them highly desirable as employees, and they have an entrepreneurial streak. 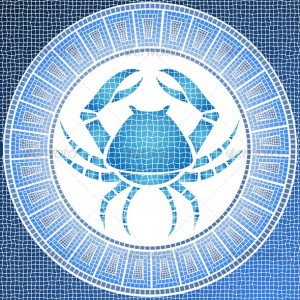 Posted by Eugenie LaCroix on 7/20/2014 to Occult Weekly
The sign of Cancer is one that I hold dear, as it rises to prominence just as the height of summer arrives. July is lit at night by the stars of this ancient sign.
The ancient Greek legend that lies behind this sign is especially interesting. Supposedly, as Hercules was battling the hydra, he stepped on a crab that was crawling along the ground. The crab bit the warrior in self-defence, and Hercules then killed the unlucky creature. The Goddess Hera then placed the crab amongst the stars. It has remained there ever since.
Read More
(8) Comments
More results: Previous Page 1 2 3 Next Page