Lineage in The Craft 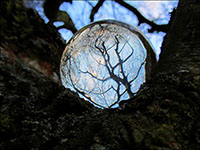 We have previously discussed that it is by no means necessary to have witchcraft ancestry to become a witch. To put this in terms of pop culture, the fact that Hermione Granger, a Muggle, was first in her class at Hogwarts, is certainly a possibility in real life, meaning that any individual can move their way through the Coven. But the notion of lineage cannot be readily discarded.
It is very important in various senses. First, an individual born to Practitioners is exposed to Occultist ideas and Rituals at a very early age, rather than coming across these ideas in a theoretical book during their teenage or adult years. Second, an individual with Practitioner relatives is more likely to have a strong sense of pride in their beliefs. It is a sort of coat of arms, and this individual descended from a line of those who have studied and followed the Craft is unlikely to compromise their beliefs easily.
To exemplify this idea, many of the famous Practitioners that we have previously discussed stem from a Magickal ancestry, or at least was raised by somebody who studied the Craft. This does not mean that they were the greatest Practitioners of all, nor the most knowledgeable, nor had the most comprehensive understanding of the Universal Law, energy flow, and other Occultist ideas. However, these individuals were often the most adamant about promoting the Craft’s ideology and gaining political status amongst other organized religions.
To cite handful examples of individuals that we have previously mentioned, Carl “Llewellyn” Weschcke, the most prolific publisher of Occultist literature learned the foundations of Theosophy from his grandfather at an early age and became fixated on the idea of making this knowledge known to the general public. The great Alex Sanders belonged to a line of hereditary Practitioners, was initiated into his family’s Coven at the age of seven, and represented a public voice neopaganism. Old Dorothy Clutterbuck, a descendant of a long line of underground Practitioners, used her wealth to support neopagan causes, such as education and the formation of Covens. Even Gerald Gardner, the founder of modern Wicca, was raised by his broad-minded and Occultist-believing nurse who related her experiences of Earth’s mysteries and alternative Paths to Spirituality at a very young age.
On the other hand, well-known Practitioners who do not descend from a line of Practitioners, have tended to dedicate their time to the pursuit of knowledge and the rejection of the Faith in which they were raised rather than the perseverance of this Path to Spirituality. I have included a few examples of these individuals whom you may recognize.  Dion Fortune was raised in a strict Christian household and spent her time studying mysticism and dream interpretation. Scott Cunningham was not exposed to the Craft until his teenage years, but spent the rest of his days observing the Magickal properties of plants and rocks. Similarly, Raymond Buckland was raised in a Christian household and did not learn of the Occult until around age twelve, but after this dedicated his life to the Craft’s history and expanded upon current Occultist ideas.
So, what does it really mean to be descended from a line of Practitioners? For one, genetic abilities in Casting and performing Rituals are in your bloodstream, and an individual might very well be more prone to adapting to and adopting the skills necessary to become a Master. However, an individual who does not belong to any particular line may also acquire the requisite skills, sometimes naturally, and more often through extreme interest, dedication, and focus.
Beyond this, as mentioned above, the primary aim of the 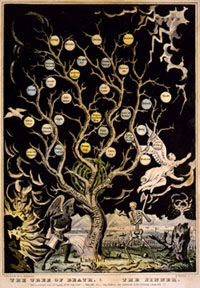 Practitioner might be different depending upon their lineage. An individual descended from a long line might be more prone to join a particular Coven, dedicate their resources to preserving the Craft and making its benefits known. An individual who learns about the Craft at a later age might be absorbed with the substance, meaning that they are on a quest for Occultist knowledge and learning the ways of the Practitioner more than anything else.
However, each individual is unique, and these are merely some observations about how an individual may act based upon their ancestry.
Previous Post
Next Post

Thank you for Sharing!

Any Effinger or Brown descendants studied the Craft? I would like to find out if I have any lineage.

Great article. I can see the value of lineage as it would afford an individual a very early start in learning the craft, it also has a down side, that being a danger of becoming judgmental toward the naturally gifted but who do not come from a long line or a long tradition. It also has the potential of creating problems with growth which allows for new discoveries. Those who are naturally gifted with a bent toward the craft come to it with fresh eyes and in doing so have the potential of bringing many wonderful things to the craft but they are at a disadvantage because their start in learning occurs later in life, even when it's still in childhood as was the case for Dion Fortune, Scott Cunningham and Raymond Buckland, all of their work is now staple to learning the craft. Their work is vital as it makes the way open for those who are not bound by laws of secrecy as seems to be with those who come from linage. The bottom line for me is that while I respect linage I also respect and am of those who don't come from linage but are gifted and drawn to learn the craft. There needs to be place for both.

I wasn't taught by anyone about my Magickal Path. I chose to follow it or should I say my Path chose me? Anyway, as I began to read and study about my Path, I began to wonder why my Soul felt so at home and at peace. So I did some research about my family on my mother's side and found that I have an ancestor, who was a Witch in New England during the time of the Witch Trials. This was not Salem, Massachusetts but another colony in New England. She died in prison before they could hang her. A blessing, I guess. I am the only Witch currently in my family. And my family has been accepting. Also through my Path, it was revealed to me during ritual, that I was a Witch in several past lives. So my soul is right at home. Thanks for the article. I enjoy reading all your blogs.

I wasn't taught by anyone about my Magickal Path. I chose to follow it or should I say my Path chose me? Anyway, as I began to read and study about my Path, I began to wonder why my Soul felt so at home and at peace. So I did some research about my family on my mother's side and found that I have an ancestor, who was a Witch in New England during the time of the Witch Trials. This was not Salem, Massachusetts but another colony in New England. She died in prison before they could hang her. A blessing, I guess. I am the only Witch currently in my family. And my family has been accepting. Also through my Path, it was revealed to me during ritual, that I was a Witch in several past lives. So my soul is right at home. Thanks for the article. I enjoy reading all your blogs.

the old works are important! they are held important! Even reincarnation! the power transferred! Some leave the craft! this is a amazing world! the Universe never forgets!!! Blessed be the ones who hold the craft true!!!

Hi I would like to know about doing some spells.I have no skills or know any true practitioner.I would to learn about this craft.

I believe the craft knowledge can be passed down to younger generation if the younger are interested in practicing. My grandma was a witch and she told my dad her knowledge could be passed onto females only and not for male and she had no daughters she didn't pass it on. I wish I was taught and I was just 8 when she died. I began practicing at age 13 and then more in my 40s now.

I have always been too busy with career and raising 2 boys alone... Well, they took awfully good care of me also, we were single for 17 years together, very close. Anyway, I have always felt some kind of connection, I have been told I am connected. The way my mother & grandmother communicated & with each other almost daily. I have wondered...but I do not believe if they were practicing, they were doing good..just a feeling. I have dreams that actually happen. Wow, I remember the first time one actually showed after dreaming the dream, I was in the 5th grade and it scared the poop right out of me. I never have spoken of such until recently, I was telling my father Now, he didn't say much, but, he knows I do not bull shit. Play mind games etc. He knows when I make a statement or correct someone, I do know what I am talking about, I can produce, show whatever, I am correct. Anyway, I believe I blocked the true dreams for a long time due to fear. Then at 20 years old, they started again. Do, when I dream, if it isn't an outrages dream, I always wonder if it will happen. Some do and some don't, I just don't know, and I don't know when the event or situation will happen. The 5th grade dream happened the next day. I am not very spiritual, but I do believe there is an enity of some kind whom created, I believe in angles, reincarnation, demons etc. True story: recently I was BIRN half of my home, I lingerie novel blankets to watch TV on a cold night in the middle of my bed to be washed.my dog was wanting to go outside, it was dark and I told her I needed to go get the flashlight out of the bedroom. well, the bedroom was engolfed in flames. I grabbed mother and baby dog and ran out, of course. next day went in to see the damage and what could be salvaged Well, the blankets that were on my bed to be washed were burned to a crisp except for my mother's blanket!also, my mother's portrait, portrait of my mother and father were not burned. they should have been the bedroom was a total loss. so, i know, my mother was there taking care me and my pets. Still unbelievable to me at times and I still get goosebumps everytime I speak of the occurance and my mother, I know had to be there, no other explanation would work..remember only mother's blanket and her photos were not burned, everything else was destroyed or non existent. So, mother as angel? Or mother with an amazing perception and knowledge, she has returned, not in human form, but has returned as ??? I do wonder if she dabbled in the arts, but I think it was the black arts, why? Well, if you knew mother, you wouldn't disagree. Here I go rambling again. Maybe some day, I will write my bio. I have had one hell of a good life with many exciting adventures. I have never been arrested! Pretty amazing because of some of my fun stuff. Lips sealed until bio comes out...hehe...I need my David!!!