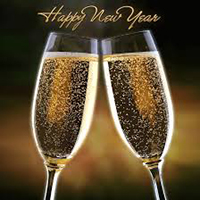 You might not quite have your party hat on yet, or by the time you read this, the celebration might be already done, but either way, let’s start this New Year out right – by discussing the New Year around the globe! In the United States, there are various New Year traditions. Many individuals make resolutions, to which they try to adhere to for the duration of the year, and hopefully after that. Additionally, you might watch the Big Ball drop in Times Square live or on your television. It is also a custom to kiss a loved one when the clock strikes midnight, perhaps in the middle of singing “Auld Lang Syne.” Like many other holidays, New Year’s traditions are usually specific to the location in which you reside.
Most countries in the Americas, Europe, and Oceania, as well as parts of Africa and Asia use the Gregorian calendar. Then called the Roman Calendar, the months January through December were established by King Numa Pomilius in the 8th Century B.C, though it was not until February 24th, 1582 that Pope Gregory XIII signed a decree for official use of this calendar. These countries celebrate the New Year on January 1st.
Within the nations that use this form of calendar, the traditions are very diverse. For example, on January 1st in Japan, citizens have a custom of giving pocket money to children. It is handed out in small decorated envelopes called pochibukuro, which are descendants of the Chinese red packet. During the Edo period (1603-1868 A.D.) and continuing today, large stores and wealthy families give out a small bag of Mochi (rice ball) and a Mandarin orange to spread happiness all around.
There are, however, many countries in which New Years is not celebrated on January 1st. In the Baha’i Faith, as well as in Iran, the New Year, called Naw Ruz or Nowruz begins on the 21st of March. The Chinese and Vietnamese New Year usually falls toward the end of January or the beginning of February. The Thai New Year, called Songkran, is celebrated from the 13th to the 15th of April, during the hottest part of the year there. In Thailand, individuals celebrate by throwing water upon each other, and giving food and water to the resident Monks. It is probably a good thing that we in the United States do not celebrate like this in the dead of winter!
Although New Year’s Day globally contains the notion of ‘out with the old, in with the new’, the way that we portray this is very different from place to place.
May this new year bring you good health, fortune, and joy! 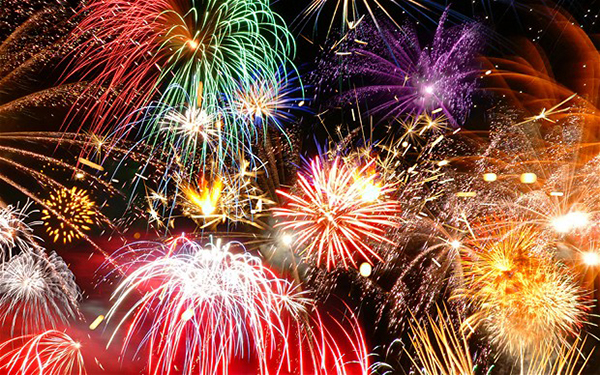 We hope that the new 2015 finally be a lot better, that people will have enough money to survive, there will be wars that really want all people to the world finally have peace, money and health, all the best for the new year 2015 wishes you Jadranka

As I sit here I think about how much I have put out for my family and now it's the time that I need a lift they all turn on me not that I ask for the full insurance back but just support and love because I was there for them all and with so much unfairness going on with both of my jobs I have been at the school for 20 years and Melissa Jackson the head manger keep looking over me she got mad with me 10 years ago because I wanted to go before the board with her because she was alouding so much wrong doing go unnotice I was not wrong but I won and she has hated me since she move and give every one chances over me and I been with KFC for 8 years and now new management has taken over and it's lot people's been there less than a year and they get more time in than I do when I first started there I ask not tobe and cashier because theft was so high and she put me on prep only along with washing dishes I have always done just that and now because I do just that my hours has been cut really bad so much has going on in this pass year I want to see. A smoother year I don't have to be rich or I don't expect life to be so perfect but I just want less less problems and I no that life could be worst but I just it to better than it is now I am 55 I can't look back and do better but I want it to be better for 2015 and the rest of my life to be

Thank you for the New Year's traditions information! I want to Thank 7witches for all your help... your spells and caring advice has meant so much! Anyone needing some help everyone here is ready to, so glad I was lead to them. Thank you all and Happy New Year! Blessings, G. )0(

I love this page! Everything I need and more! Keep up the good work. Blessed be!

Thank you for this site, it is very informative and interesting.

May blessings come to all in small or big ways! Let's work on peace and love beginning with ourselves! May 2015 be a great year for new beginnings and love!! )0(

I want to say '' Happy New Year 2015'' to all at the 7witches , and to say thank you very much for all your help thus far ,your spells have meant so much , so very glad I am able to access your help . Wishing and praying that there will be continous peace , joy , harmony , good health , good luck and good fortune among one and all ...the citizens of this world ... in this New Year 2015 , and that people in the world and each and every country will remember that a smile , kindness , good manners and mutual respect for everybody can make each new day of this blessed Year a good one for all involved . Happy New Year 2015 Greetings Again :-) :-):-) Venawyn )0(