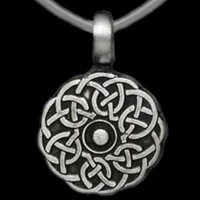 Don't be fooled by her youth! Tatianna is a talented Medium, and an expert in Fairy and Animal Magick of all kinds.

The name Tatianna literally means Fairy Queen in Russian, her country of origin. Though Fairies are said only to have existed only in legend, she is part of the Tuatha De Danaan descent who were forced into hiding for when threatened and defeated by the Sons of Mil. These Fairies were forced to keep their identity a secret for a Millennium, where most assimilated to the ethos of Man.

As one of the few of her kind remaining, Tatianna has decided to share and spread Fairy Magick with those in need. This is a very positive sort of Magick, which can really give you a positive boost to allow yourself to make the needed transformations in your life.

Tatianna is also a Master Telepath, and a leading authority on Animal Magick. She is relentless, has very unique skills, and is more than happy to assist you in supplementing your Spell with a different kind of pizzazz.