Posted by Cormac O'Dwyer on 4/17/2016 to Occult Weekly
“Make friends with the angels, who, though invisible, are always with you. Often invoke them, 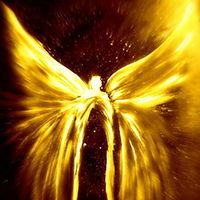 constantly praise them, and make good use of their assistance in all your temporal and spiritual affairs”
~Saint Francis de Sales
Angels are the spirits in the employ of the divine. Whether you believe in God, or some other higher power, angels can be seen as powerful spirits that can very easily affect the mortal realm with their great power. They can be called upon by us in the methods of evocation and invocation.
An Invocation summons an angel to enter his or her body, as opposed to physically appearing. This is considered far more dangerous, as spirit possession is not an easy task.
An Evocation is a special spell that uses a variety of different tools to invoke a physical appearance of an angel. Oftentimes, these tools include candles, books, knives and circles, and incense. Naturally, the components will vary dependent upon the spell being used.
Be wary, as the belief in Angels is primarily in the Abrahamic faiths, which also frown upon magic as a sinful and devilish act.
A more modern method of communing with angels comes in the form of angel meditation, where an individual will use meditative techniques to clear their mind and allow an angel to deliver guidance. Many practitioners find utmost ease in finding their guardian angels. The common belief is that everyone is given at least two Guardian Angels, and in order to reach them, you have but to ask. 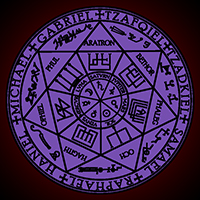 Even in our modern times, Evocation is still a commonly used method. Many prefer to build altars and light incense or burn candles. This is more so a means of “setting the stage” or “getting you into a sacred place” before communing with your angel guide. Angels are non-judgmental, but it certainly must be nice for them when thought and energy are put into facing them, despite the fact that they are always in your presence.
Angels will manifest often as nothing more than a “feeling”, which means you must open your heart to be able to find them. When you contact your angel with more frequency, you will be able to ascertain the sense of them with greater ease. Eventually, you will be able to feel their size, color, perhaps even their smell. Ultimately, it is always up to the angels as to how they will communicate with you.
As a gentle reminder, please note that angels have never been human. Your departed loved ones will not be your Guardian Angel. While a departed loved one can remain as a guardian spirit, there have been no documented cases of one ascending to angelhood. Please do not use your Guardian Angels as a means of mitigating your grief; ask them to help you work through it instead.