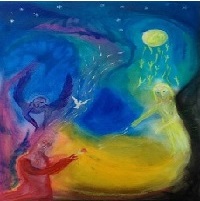 Finding a Path to Spirituality
In our discussions, we often stress that while there are different sects within Wicca, and there are some rules to which Wiccans generally adhere, the path to spirituality should be an individual journey. Much discussion exists on this topic - whether it is better to engage in a faith with others, or whether the influence of others may hinder one’s ability to think for themselves.
Anthroposophy & Theosophy
An up and coming field concerning this issue has emerged surrounding this issue. Anthroposophy is an ideology that stresses the individualistic side of spirituality. Essentially, while there is value in learning with and from others, when it comes to attempting to understand the Universe, no individual knows better than another.
At the start of the 20th century, a movement called Theosophy gained momentum. The founders of this movement, namely William Quan Judge, Helena Petrovna Blavatsky, and Henry Steel Olcott, made a strong push to join the people of different faiths within the world, claiming that in essence they all believed the same thing.
However, in time it seemed as if due to stubbornness, this was an unrealistic goal and many individuals who were once Theosophists turned their attention intrinsically. The founders of Anthroposophy justified that it was not within a group setting where the greatest maturity occurs but within the self.
What are the Major Differences?
While theosophy sought numbers of individuals coming together in order to converse and debate about the advantages and disadvantages of the different paths to spirituality, and why they chose theirs, anthroposophy holds that the most significant development can surface when these differences are avoided. This is not to say that an individual should dodge friendly discourse completely, or all human interaction for that matter. Of course it is important to learn the viewpoints of others in order to better understand them. However, it is equally important for an individual to make their own decisions.
This is because free will exists inherently. An individual in a group may have to adhere to guidelines, take orders, and take the entire group into account when making a decision. Meanwhile, the individual mind will independently lead to wherever the subconscious takes it. In general, creativity and imagination are extremely personal characteristics that are hindered when imposed upon by external forces.
Outward or Inward? 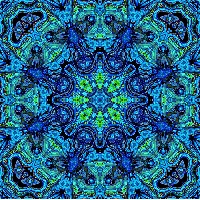 In terms of the personal path to spirituality, developing powers inherent within us all, and making the world a better place for future generations it would seem as if there are two distinct approaches: to look outward and to look inward. The outward approach is idealistic, but said to be too unrealistic by many scholars. The inward approach does not take much effort, but seems rather selfish in a sense. However, if you are able to reconcile the two and comprehend that to look outward is to better society as well as that to search inward is to progress personally; the path to spirituality becomes that much clearer.