Artists and the Occult 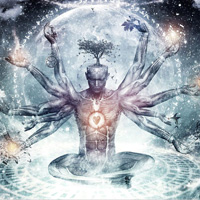 Throughout history, the Occultist has experienced the most difficult of dilemmas. Despite a Practitioner’s desire to continue their life’s work of Casting and Rituals, and outwardly take pride in it, they simply could not publicize their beliefs and share their perspective with others. The cost was all too often the penalty of death.

Particularly, the Middle Ages in Europe, between the 5th and 15th centuries A.D., was an extensive time span in which an individual dare not express themselves if it did not conform with the norm. The Roman Empire had collapsed, and the Christian Church was made a forceful and successful attempt to exert its power over the people. As we have discussed, if an individual was even remotely suspected of adhering to pagan ways or following the Craft, they would be dealt with ruthlessly.

But during the centuries following the Middle Ages, often referred to as the Renaissance or Enlightment, the times were changing. As the economic situation began to improve throughout much of Europe, the people were able to dedicate their time to learning, rather than trying to survive. The ideas of empiricism and logic loomed large, and individuals began to contemplate nature’s inner workings, rather than take somebody else’s word concerning the Divine’s will.

Though multiple Witchcraft Acts were passed in this epoch, and there remained little tolerance for those who did not follow the Church, Occultists found adroit ways in which to incorporate their spiritual beliefs into a Christian society. Some of these individuals, including Nicholas Copernicus (1473-1543), Sir Isaac Newton (1643-1727), Michelangelo (1475-1574 A.D.), Galileo Galilei (1564-1642) and Leonardo DaVinci (1452-1519) felt that they could reconcile the differences between Christian belief, science, and the Occult. However, as illustrated by Galileo’s house arrest and Copernicus’ excommunication, the Church would not have it. So instead, these Occultists amongst many others found more subliminal ways to let others know that they were not alone with their beliefs that fell beyond the scope of the Church – mostly through art.

A great deal of literature has been written on this subject in recent times. In Dan Brown’s bestseller, “Angels & Demons”, the protagonist must follow the path of the Renaissance Occultist group, the Illuminati, by tracing artwork in the Vatican City (the country of the Church) containing symbols of the celestial sphere and of the elements. By successfully recognizing these Occult emblems, he was able to discover the location where the Illuminati would meet to perform group Rituals. In Brown’s follow-up book, “The DaVinci Code”, the protagonist must again decrypt scientific and pagan representations, and signs of the feminine Divine left by the Knights Templar to discover the secret behind the Holy Grail. In route, the protagonist found out that DaVinci had molded the Chalice, the symbol of the feminine, into his renowned work, “The Last Supper”, and others had left the pagan symbol of the rose into their pieces. Though the present day aspect of these books is fictional, there is great truth behind these Occultist groups and the imprint that they left throughout Europe during the Renaissance. 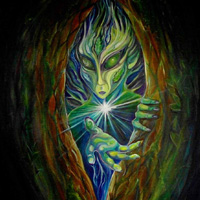 Many members of the Illuminati and Knights Templar, who created this Occultist artwork, including Michelangelo and Raphael, were in fact commissioned by the Church. However, these unique individuals were able to integrate their beliefs into the work of the oppressive Church, with the key leaders never knowing. They made Egyptian obelisks, celestial orbs, and representations of the elements, intending to make known that the Occult and pagan ways were still alive within the city of they worked, all-the-while appeasing their oppressors. This artwork served as a basis for unity amongst non-Christians in Renaissance Europe, and was the beginning of a new era.

The Illuminati came from the 1700's, not the Renaissance. Michelangelo and Raphael or other artists of the era could not be Illuminati since it was not yet created.

'A picture is worth a thousand words. '