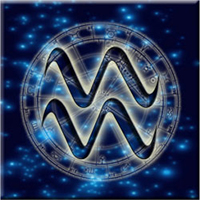 We are currently under the sign of the Water Carrier – Aquarius. This is a role that had great importance in the ancient world, as all life flowed from water. The person who carried and provided it was therefore very important.
This sign is governed by the planet Uranus. The constellation of Aquarius is not one that is overly visible, rather it sits back in the night sky, and some studying of the sky is required before the shape reveals itself. It is said that the nature of someone born under the sign of Aquarius needs to be discovered – it is not a completely open personality.
Read More
(2) Comments

Who Was Old Dorothy Clutterbuck?

around the turn of the 20th Century. She was born in Bengal, India in 1880 to a British Army Officer and his wife. She moved to Hampshire, England with her family upon her family's retirement, and lived a comfortable lifestyle organizing charities for children and living amongst the affluent. Later in her life, Clutterbuck married a Justice of the Peace, with whom she lived for about twenty years.
So why are we dedicating today's newsletter to Old Dorothy Clutterbuck? Is there something here worth mentioning that relates to our life's work in Wicca and the Occult? There are two competing themes that often surface when discussing the Craft throughout history. The first are those individuals who defeated the odds, making major developments in the study and practice of Witchcraft - not to mention helping to politicize a movement for religious freedom. The other is the persecution of all Practitioners of Magick in every epoch of man. But what about those Practitioners cunning and wise enough to know that their efforts would be thwarted by the social order if their true spiritual beliefs became well known yet whose convictions were strong enough that they continued to practice and support their faith.
Read More
(5) Comments

Common Misconceptions About Wicca And Wiccans 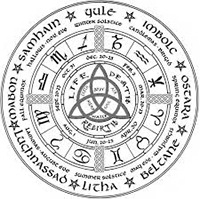 One of the more common questions we receive asks about the difference between Wicca and Witches. We have put together this article to help dispel some of the misconceptions out there about Wiccans and what it is they do. A witch can follow many paths, but becoming a Wiccan is a choice to join an ever growing faith. just like someone might decide that they are personally more in line with Buddhist or Christian teachings. As with any faith, there are those who would spread untruths, knowingly or not, simply to seem that they know more than others. With all things, it is best to do your own research and find your own truth.
Read More
(8) Comments 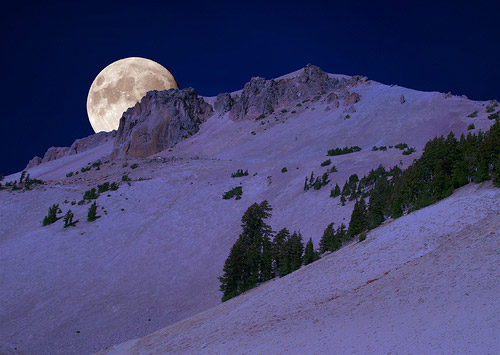 It packed a powerful planetary punch and delivered just the right mix of “driving” energy to give us a kick start to the year ahead.

Since the heaviest snow usually falls during this month, native tribes of the north and east most often called February’s full Moon the Full Snow Moon. Some tribes also referred to this Moon as the Full Hunger Moon, since harsh weather conditions in their areas made hunting very difficult.

As the temperature begins to warm and the ground begins to thaw, earthworm casts appear, heralding the return of the robins. The more northern tribes knew this Moon as the Full Crow Moon, when the cawing of crows signaled the end of winter; or the Full Crust Moon, because the snow cover becomes crusted from thawing by day and freezing at night. The Full Sap Moon, marking the time of tapping maple trees, is another variation. To the settlers, it was also known as the Lenten Moon, and was considered to be the last full Moon of winter.

The First Men of Magic

Posted by Cormac O'Dwyer on 1/4/2015 to Occult Weekly
Though the equality amongst all genders is of the utmost importance to us, it is no 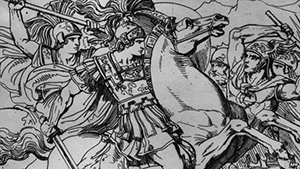 mistake that the title of this newsletter contains the word ‘men.’ The first documentation of Priesthood, or any leader of an organized religion comes from the Persian Civilization, where egalitarianism was not necessarily a priority. Freedom of religious belief at this time, however temporary it may have lasted, was permitted when the first men of magick emerged on the scene. Ancient Persia in fact had many groups of people with diverging belief systems. The most prominent of these was the cult of Mithras. Mithras is depicted as a man slaying a bull, and the convictions associated with this religion were extremely masculine in nature. As a religion excluding everybody but male warriors, the cult of Mithras stressed physical strength and courage. Many of Persia’s emperors were members of this cult, and kept many wives and other concubines in their secret harems.
Read More
(2) Comments
More results: 1 2 3 4 5 6 7 ...40 Next Page