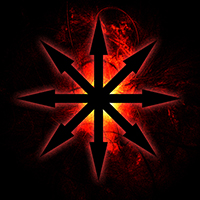 The topics of Black Magick and the Left-Hand path have often come up in our conversations with some of you. While there is a great stigma attached to an individual who has strayed onto this path, it is unfair to assume that this individual is inherently malicious.
Sometimes the individual has had treacherous life experiences which he or she is unable to shed. These feelings build up within the individual until they feel as if there is no resort other than to find vengeance for the problems that life has imposed upon them.
Read More
(2) Comments

The Riddle of the Sphinx

Posted by Cormac O'Dwyer on 2/21/2016 to Occult Weekly
If you have heard of the Great Sphinx before, you 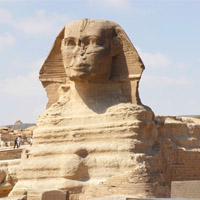 might hold an image of the great construction of a winged-lioness with a human female’s head in Giza, Egypt, near the pyramid of Cheops. This is the most widespread representation of this mystical creature, though the word ‘Sphinx’ does not actually stem from Egyptian origins, but rather from the Greek language, signifying a ‘living statue’ combining elements of Egyptian or Greek royalty with their animal counterparts. A Sphinx does not have to be part lion and part human as is the Great Sphinx, but instead be any animal fused with a King (Pharaoh), another member of his family, or Deity. There is variation in the role of the Sphinx between Egyptian and Greek Culture. The Egyptian Sphinx, generally a male with the exception of the Great Sphinx, is said to represent power through a benign rule over the constituents within his or her domain. This contrasts with the Greek Sphinx, who is usually female, and is antagonistic in nature. In Legend, this Sphinx will not let anyone pass her without answering her riddle correctly.
Read More
(3) Comments

Posted by Monique Hargrove on 2/14/2016 to Occult Weekly
As noted in previously newsletters, many of the traditions of our modern

religions have been modified  forms of ancient Pagan rites. One of the oldest of these festivals was called Lupercalia, the pre-Roman ritual for purification of health and fertility. This tradition was carried on by Greek and Macedonian predecessors for centuries until the collapse of the Roman Empire in the 4th Century A.D. Every year between February 13th and 15th, inhabitants would celebrate the Cleansing brought upon by Spring weather, and a refinement of air, body, and soul for all.
Read More
(1) Comments 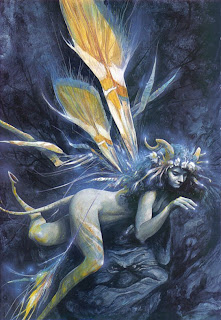 Faery Wicca is also known as Fairy Wicca and it is basically a broad term that consists of all the Wiccan traditions that stresses importance on the Fey (such as sprites, faeries, elves, gnomes, etc), the relation of the Fey with the natural world and also their teachings. This is the kind of tradition that that was founded by Kisma Stepanich, an author. Believers of this tradition are of the opinion that Faery Wicca has picked up the Tuatha De Danaan traditions. The Tuatha De Danaan is considered to be the mythological predecessor of the Celts. On the other hand, there are many people who are not of the same opinion and these are generally those individuals who know about the Celtic mythology and polytheism.

Faery Wicca is a tradition that has taken some elements from the Irish mythology, from different non-Celtic sources and also from the interpretation of the history of the Celts by Kisma Stepanich. This tradition has also been influenced by the author’s imagination of the Celts as well as the Celtic legend and pseudo history. There are some people who often confuse this tradition with Feri Wicca, a tradition started by Victor Anderson. Sometimes, people also spell it as fairy or faery and you have to keep in mind that it is not in any way connected to the Radical Faeries, a gay men’s group.