Spring Is A Great Time For Psychic Cleansing

Posted by Eugenie LaCroix on 3/27/2016 to Occult Weekly
At this time of the year many of us begin the routine of Spring cleaning. We go through the house, dusting everything, and empty our closets of the things that don’t fit anymore. Witches engage in Spring cleaning, too, but the process involves much more than our physical space.

Spring is a wonderful time to perform psychic cleansing. Psychic cleansing is something that should be done on a regular basis. We live in a world that constantly bombards us with negative energy. From the articles in the newspapers to the segments on the evening news, negative energy is never in short supply. You can’t even check out at the grocery store without seeing headlines on the tabloids about celebrities and their troubles. Add to this the people in our lives who always seem determined to look at the dark side of things and you’ve brewed up a serious storm of negative energy.
All Comments
Read More 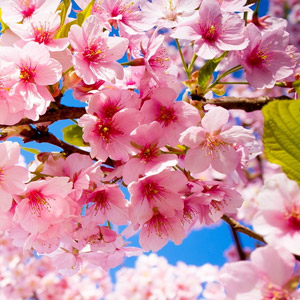 The Spring Equinox is an event that is rightly respected throughout the Magickal world.

It marks a point of balance, when the planet tips back towards the Sun. In the northern hemisphere, we long associate this event with a return towards summer and the good times of plenty. Once the equinox arrives, you know that winter is officially history!

We can look forward to the sunny months ahead, but we can also take advantage of the special Magickal opening that this event provides. It is a unique opportunity for Spell-casting.

To use the power of the Spring Equinox, we must first understand what occurs on this day.

Posted by J. Roslyn Antle on 3/13/2016 to Occult Weekly
Dye the river green, get yourself a beer, and watch out for the sneaky Leprechauns – 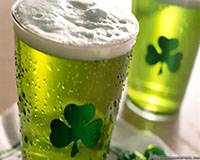 it’s almost St. Patrick’s Day! As we delve into the history of particular holidays as the year goes along, we learn about the significance of the original event(s), as well as how traditions emerged over time. Over the past few years, I witnessed an ultra-modern interpretation of St. Patrick’s Day, but secretly wondered how many individuals truly knew what they were celebrating.
This is certainly not to criticize the celebration in any which way, but simply to notice how traditions change over time regardless of their origins. Similar to the notion of Santa Claus, new customs have emerged at certain instances in time that add to a certain holiday’s celebration. Reindeer, gifts, and a sleigh were not initially associated with Saint Nicholas, but have become over time. So I ask to the inherent balance of our Universe, if something is added, must something be taken away?
Patrick was born in 386 A.D., in Britain, to a family of religious prominence. Just after his 16th birthday, he was kidnapped by Irish raiders and made a slave on the West Coast of Ireland. He remained there for years until in a dream Patrick had, where he claimed to receive a message from God to flee captivity and return to Britain, which he did. After his return, Patrick devoted his time towards studying to become a Priest.
All Comments
Read More

Posted by Cormac O'Dwyer on 3/6/2016 to Occult Weekly
The study of Mathematics is one of the oldest and most important academic fields known to man. 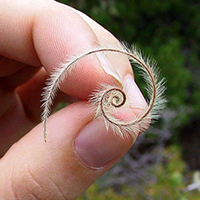 It was first generated even before writing emerged to organize and compare known truths of the earth and of the universe, as well as discover new patterns. It has since developed into a complex system of numbers and formulas that allow us to delve deeper into our planet’s natural harmony, advance technologically, and spawn a conjecture to essentially every question man has asked at one point or another. Numeracy is infinite, and there is no end to mathematical discoveries in sight, though through all of the progress and expansion of the realm of this discipline, there has been one true consistency: 1.618.
All Comments
Read More