Posted by 7witches Coven on 5/26/2014 to General
The article starts off with a modern day interpretation of how the term is used today, but as you read further it goes into great depth of how witch hunts actually came about. Very Interesting and I thought I would share with our readers... Blessed Be.
Read More
(0) Comments

Dracula - Roots of the Vampyre Legend 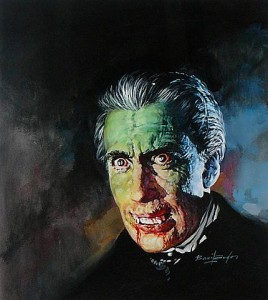 Dracula! The name still carries as much power today as it did when it first electrified Victorian Britain in the 1890s. It is perhaps the most famous horror story of all time, certainly in the Western World, and this month it turns a grand 107 years old.

This most powerful of tales created a literary figure of such frightening power that over a century later, his name still causes the hair to rise on the backs of our necks.

The image of the Vampyre (or Vampire) is a captivating one. Along with a thrilling plot, an electrifying combination of love and bloodshed and frightening use of Magick, ‘Dracula’ was a great success upon its publication.

It propelled its author, the Irish writer Bram Stoker, to considerable fame, and has echoed down through the years ever since.

When one of our Coven’s members, Lynda Stratton, mentions to people that she is from Romania, it is not long before the conversation turns to this most infamous inhabitant of that region – the Count! It is easy to understand why; as it is a powerful story, but one she often points out that it draws upon many different strands of belief and history. 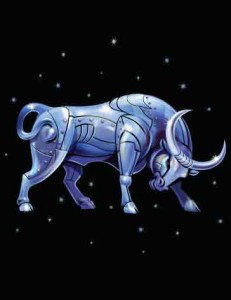 As the sky edges closer to its brighter summertime, the sign of Taurus comes to prominence.

The great bull, as this sign is known, imparts its influence on those that are born while it is shining away prominently. Moreso than other signs, what we know about the influence of Taurus is a little bit more concrete. The qualities that the people born under it receive are nevertheless both as positive and negative as any other sign in the pantheon.

One aspect of this sign which is often cherished is an appreciation for and a connection with nature. It is actually quite common across those born under Taurus, and it speaks of the earthy connection that the sign animal, the bull, represents. This is an aspect of the sign that is well recognised and respected.

Gods and Goddesses - A Magickal Union 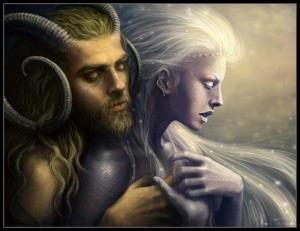 Since ancient times, people have recognized figures with divine aspects, both male and female.

These figures that possess supernatural qualities were often venerated for being responsible for the secret workings of the world. They were worshipped and respected. Crucially, they could be contacted, and their assistance could be requested. These are figures that are very much involved in the world we inhabit.

Both male and female figures appeared over time. Given the importance of childbirth and feminine life-giving, especially in early societies, the role of the female was immortalized in the form of the Goddess. As a natural counterpoint to this, the protective and strong character of the male was cast in the form of the God.

Our Link with Haley’s Comet 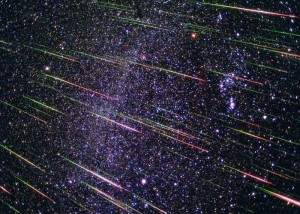 Everyone knows of the power of Haley’s Comet. It is one of the most spectacular wonders of our solar system, visiting us every eighty years. It blazes across our skies, with its spectacular tail aglow, and has sealed its place in the human history of the sky. It holds a special place in our hearts.

Did you know we have a special connection with Haley’s Comet? It comes in the form of the Eta Aquarids Meteor Shower. This special shower arrives in our atmosphere in April of every year. The meteors themselves are the particles of Haley’s Comet that were ejected from the Comet on its previous passes through our solar neighbourhood. They are a direct link with the very matter of Haley’s Comet.

We are graced with the presence of the Eta Aquarids for approximately one month, between 20th April and 20th May. This is a period when they filter down to Earth, and enrich our skies with the natural star-stuff of which they’re made. This meteor shower is unique in how it spreads itself out. Rather than a brief period of intense activity, we have a longer period in which the meteor activity spikes during.

Many people report these tiny starlets having an effect on their lives over this period. The slight wink and flash of a meteor from the Haley cloud can have the most profound effect on the lives of those underneath it. As ever, understanding exactly how the meteor storm influences our lives can be difficult, but it’s clear that since ancient times, these meteors and the comet that birthed them have figured large in human history.