Posted by Cormac O'Dwyer on 6/18/2013 to Magical Creatures Series
In today’s journey, we will again begin with a legendary creature on the European continent as we did with the Nordic Norns, but rather than venture south and west into Africa and Asia, we will embark into the freezing climate of the Arctic Circle, and then make our way south into the heartland of the United States. Beginning with the Bucca of English Myth, and then continuing into the Hudson Bay to learn of the dreadful Ikuutayuuq, we will end up with the Sioux Tribe of the Great Plains to learn of how their great hunters were able to defeat Uncegila.
Read More
(0) Comments 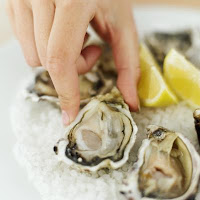 The Occult is one of the few areas where science and faith are merged. While science guides the forces that allows the Practitioner to Cast and manipulate energy, it is the belief in the possibility that allows them to do so. Even within each particular topic that we discuss, there involves those same recurring elements of reality and alternative realms – that which we know has been proven to be possible and that which we believe is possible.