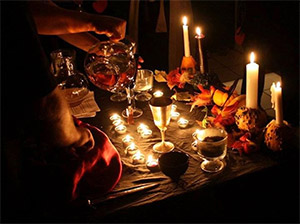 Not everything about performing a Ritual is hard work. If you work hard, you can play hard too! Don’t get too excited, as these lines are actually just a tease. The cake and wine aspects of Wiccan Rituals are not part of the celebration, but rather they are an offering to the Divine – though you do get to partake in some of the eating and drinking of the Ritual, so long as you leave some left over. Just like the pagan rites of old, Wiccans today continue to make an offering prior to the Rituals, usually on Sabbats or Esbats, to ensure that the Divine will be present.

What You Will Need:

For the best results, you should perform this Ritual with wine and cake. However, different types of juice can be substituted for wine, and bread may be substituted for the cake. It is said that the purist wine will fare best during the Rituals of Cake and Wine. However, though nobody is able to speak for the Divine, if you are on a budget, whatever type of cake and wine you can come up with is more than enough. Like the old adage, it is the thought that counts the most. When you have these two delicacies, as well as the rest of the materials necessary for your Ritual, you are ready to begin the Ritual of Cake and Wine.

Though the Cake and Wine Ritual is considered part of the greater Ritual, it is important to remember that this is a separate offering, and must be done prior to the opening of the Circle and certainly prior to performing any Magickal Rites. The cake should be put on some kind of platter, preferably something meaningful to you, and the wine should be put in some sort of goblet, or other sort of container that is more than just a ‘cup’. After all, this is how you are showing your gratitude to the Divine.

What You Should Say: 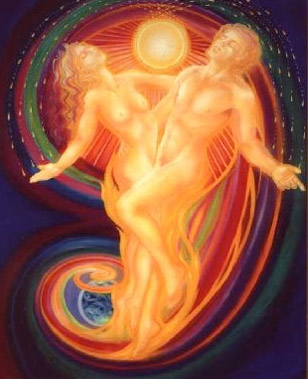 Many Wiccans begin the Ritual by saying: “The Lord and the Lady have blessed their children with the fruits of this Earth. Through these fruits, the Divine may nourish us and sustain our lives. We give thanks now for this bread, the wheat of the field.” At this time, all the members may eat some of the cake or bread, but be sure to leave at least a hearty part left over.

Then, to wash it down, many Wiccans declare next: “We now give thanks for this Wine, the fruit of the trees.” At this time, the members may pass around the goblet, each taking a small sip, but none so big as to be greater than what will be left over for the Divine.

At this point, after each member has partaken in eating the cake and drinking the wine, there should be some of each left over. It is customary then to leave the platter with the cake and the goblet of wine somewhere nearby the circle, yet outside of it. Ideally, this will be some place meaningful to you. It should be in the outdoors as possible, though does not necessarily have to be placed in the sunlight, as it may be situated next to a tree of significance to you. The members of your Coven, or just yourself if you are a solitary may then proceed with the rest of your Ritual.

Though the rules of the Cake and Wine Ritual that have just been described seem rather rigid, this is just one way of doing it. You may alter it to your liking. I have just described the way in which many of the more strict Wiccans follow their method of offering. In fact, beyond Wicca, most major faiths both past and present have had some sort of Ritual for offering to the gods. Whether it be ambrosia, animals, love, or even humans, from the ancient Greeks to the Native Americans to the major religions today, there has been some form of offering to the Divine prior to the meat of the Ritual.

If you have any questions about this, don’t hesitate to ask. We love to hear your thoughts, you can either leave a comment here, or join the conversation on our Facebook page!

I so understand being a Buddist

Thank you for explaining so well the wine and cake ritual to contact our divine. A child would even know the way! Yuletide blessings to the Coven! Tamin (:

Blessed be and thank you )0(