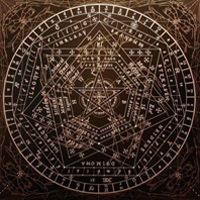 As we discussed before, the use of incantations is not a necessary instrument when practicing Magick, though it can hold great value. Aside from the intense level of focus that can be reached through chanting in order to induce an altered state of consciousness, some Wiccans consider the words of these mantras to be a direct prayer to the divine. This is because the chants used are being said by the individual in the physical realm continued until they reach the spiritual realm. Thus, as the individual transcends the worlds, so do their words.

In ancient times, and in certain sects to this day, there exists a theory that emphasizes the above notion that our words along with our essence can reach the spiritual realm. This theory is sometimes referred to as “Riding the Smoke.” Incense is compulsory tool for Rituals. It is burned each and every time within the Circle. We will elaborate upon the importance of incense at another point in time, but for the purpose of describing incantations, we only need to know that incense smoke is always present.

As hot air rises, the incense smoke ascends towards the limits of the celestial sphere. This smoke brings the sound waves of the words of the incantations with it. The human mind does not transport to the spiritual realm in the same manner as the incense fumes and mantra morphemes. Rather, it remains physically in the same location but reaches the spiritual realm through a natural form of thought transference. This idea is not very easy to conceptualize, nor is it easy to describe. The subconscious of the human mind is rarely fully active, and extends to the highest levels when sleeping. If this subconscious thinking becomes fully active, it reaches a point of singularity when conscious thinking is no longer necessary to function. This is the 'location' where the human mind enters, and meets the smoke and words from which it had earlier been separated. Therefore arriving simultaneously, the sound waves from the incantations are the first interaction between man and divine in this realm.

It would not suffice to claim that the words traveled with the mind rather than the smoke, as the individual is non-corporeal in the spiritual realm. The discrepancy remains in this theory between the physical travel of the words contrary to the mental voyage, which leaves many to take it as symbolic rather than literal. Nonetheless, for the reason that words are the first message that the human conveys to the divine, many have stressed that the mantras are of great importance. That the words should be a message - to give praise and thanks, to demonstrate intentions. Prominent Wiccans are responsible for a great number of these incantations associated with a given Ritual. Some examples include Drawing Down the Moon and Invocation of the Horned God by Lady Sheba, intended to invoke the Goddess and God, respectively; Great Rite Invocation by Janet and Stewart Farrar symbolizing the union of God and Goddess; The Witches’ Creed by Doreen Valiente, the author of a plethora of incantations. These incantations are intended as a message to the divine, but also based on measures to increase focus. 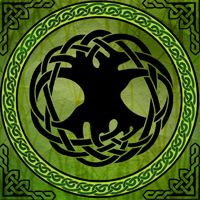 I recall a story from my youth about a shy Jewish boy with the elders at their synagogue. This young man spoke very softly and was by no means a master of words, though he loved to play the flute. When he tried to pray with his elders one day, the boy was too inhibited by his speech to try and join. He then took out his flute and started playing while the elders were praying. The men began to get upset and expelled the boy, until the boy said clearly, “God understands my language just as well as yours.” The point here is in regards to those practitioners who use the words of others so that they may not have to select the words themselves. Although the divine knows English, and Hindi, and Arabic, and German, and Japanese, and French, and all languages of men and animals - the words that matter most are those found in your heart.

Now this information was very well written, and easy to understand. I have been studying and trying to the astral plane, but have not mastered the process at all. Could you make this one of your future topics. I love reading your blogs, as I yearn to delve into the craft. Blessed Be, Henry

ALL music is Praise

WELL,,SAID, THANK YOU,The Divine,KNOWS ALL THINGS, and YES< IT"S WHATS IN THE HEART THAT MATTERS,..THANK YOU< May you, be Blessed with Light, life, and LOVE,. Peace be with you, Robert Rico

Thank you, I believe I understand better how to word and direct my prayers.