One of these points, the vernal or spring equinox, is taken to be the beginning of the circle and is known, both in Astronomy and Astrology, as the first point of Aries. Astrologers then divide the ecliptic into twelve sections of 30 degrees each thus generating the twelve signs.

The autumn equinox is directly opposite the first point of Aries and is the beginning of the sign of Libra. When the Sun is at these points, days and nights are of equal length.

During the summer months the Sun appears to rise higher and higher in the sky, reaching its highest point at midsummer or the summer solstice, the beginning of the sign of Cancer. This is the time of the longest day and shortest night.

Similarly, it reaches its lowest point in the sky in midwinter or the winter solstice, the beginning of the sign of Capricorn. This is the time of the shortest day and longest night.

The signs of zodiac therefore, has nothing to do with actual star constellations, but is based on the relationship between Sun and Earth.

Aries
The cardinal fire sign of Aries is outgoing and self-assertive. Aries is energetic with a frank and direct approach, a great deal of courage and a willingness to plunge into anything without too much hesitation.

Taurus
The fixed earth sign of Taurus indicates the material, earth level of existence, a steady, reliability with a strong will, which once set on a course of action will be persistent and determined.

Gemini
The mutable air sign of Gemini is tuned to the level of the mind (represented by air). There is restlessness, a need for variety and a basic urge for diverse contacts and relationships with a natural ability to do two or more things at once.

Cancer
The cardinal water sign of Cancer indicates a nature that is impressionable and sympathetic, able to listen patiently, but when feelings are hurt, very moody and irritable. Sensitive feelings and emotions are kept protected behind a hard exterior shell, just like the crab.

Leo
The fixed fire sign of Leo indicates a proud and generous nature, a love of the theatrical and dramatic, innate loyalty, warmth and generosity, affectionate to those you love, plus a need to express yourself creatively, and to be appreciated.

Virgo
The mutable earth sign of Virgo is practical and adaptable. It typifies service to others in some way. It denotes keen analytical and critical faculties with great attention to detail.

Libra
The cardinal air sign of Libra relates to the social and intellectual level of experience. There is a need to extend experience through a variety of different kinds of relationships and an ability to see both sides of any issue with an innate sense of fair play, disliking injustice in any form.

Scorpio
The fixed water sign of Scorpio, relates to the emotional level of experience that is deep and intense. Sensitive and powerful feelings are kept hidden by a calm and indifferent surface appearance.

Sagittarius
The mutable fire sign of Sagittarius indicates a nature that is outgoing and open-minded with a need to explore and to find out what is just over the horizon, expressed literally through travel, or on a more mental level through the exploration of ideas and philosophical systems.

Capricorn
The cardinal earth sign of Capricorn indicates down to earth and practical traits combining a great deal of patience and quiet ambition.

Aquarius
Aquarius is a fixed air sign representing the activity of the mind, the realm of ideas and social interaction. The fixed nature of this sign lends these thoughts and ideas the power to form the basis of groups united through shared ideals and goals.

Pisces
The mutable water sign of Pisces, relates to the emotional and feeling level of experience. It's nature is rather unworldly and idealistic and with it comes an innate urge to trust everyone. 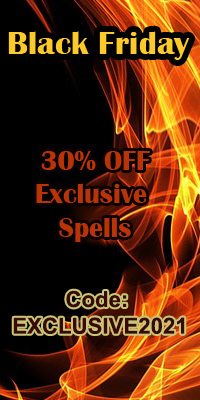