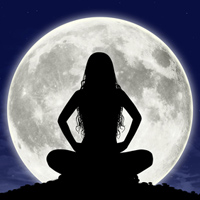 In Wicca, as well as other Neopagan and Occult-based faiths, we often mention the pioneers who made these systems what they are today. Ranging from Aleister Crowley to Gerald Gardner to Margaret Murray to Scott Cunningham to Zsuzsanna Budapest, there have been many staples in Wicca and the Occult in general. When mentioning about the history of the faith, common practices, Rituals, or the Casting process, these names must be mentioned as their contributions to modern Neopaganism has been invaluable. There are, however, other well-known individuals who have contributed in a different manner. These individuals might have made their name in politics, in Tinsel Town, in science, or through their writing. All the while, these icons and public figures practiced the Craft with all of their heart. Perhaps they did not play an equivalent part to Gardner or Cunningham strictly in terms of advancing Wiccan techniques and advancing the Faith into modern times, but nonetheless, through their influence, they greatly helped the Faith gain greater recognition. Today we will explore some of these individuals.

Here, we are not speaking of fictional pop culture witches such as Samantha in Bewitched, Hermione in Harry Potter, or Sabrina, though it is true that Melissa Joan Hart did dabble with the Craft for some time. Rather, we discuss individuals who practiced in their private lives. They did not usually come forth to promote their Faith, as it was necessary to maintain a certain image with the public, and they feared declaring their unconventional belief system would be perceived adversely by their fans. Nonetheless, they were not ashamed of what they believed. These figures did not usually attain a status of expertise by any means, but still sought to be the best they could be.

In ancient times through the middle ages, a strict political system did not usually permit a celebrity status beyond royalty or those within the aristocracy. Nonetheless, certain Kings and Queens did take a daring approach. William the Conqueror, the great Norman King who invaded England in the 11th Century, was not shy about experimenting with different practices. Though he imposed some strict political reforms, he generally allowed the freedom to worship. It was often said that William would visit a fortune teller in the middle of the night every week or so with the goal of becoming a Practitioner of Magick. Along the same lines, though she had imposed strict religious guidelines originally, when Queen Elizabeth I failed to produce an heir to the throne in the 16th Century, she turned her attention to the Occult. She eventually became enthralled with the practice and spent the remaining years of her life dedicated to studying the subject. 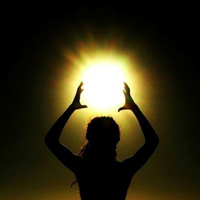 One individual who has become better known for his beliefs in recent years was the great Leonardo DaVinci. An artist, an inventor, a scientist, a radical thinker, DaVinci sought to unravel the mysteries of the Universe. He, like others such as Sir Isaac Newton, Nicholas Copernicus, and Galileo Galilee were essentially coerced into maintaining the religious standards of their country, but tried to advance their occultist views by stating that the biblical religion could be fused with the occult. Thus, we know all that we can know about the story of the Nativity and such, but there is so much more to learn about Universal mysteries to which individuals should draw their attention. Benjamin Franklin and other Founding Fathers of the United States held a similar position.

Wicca as we know it today is only a half century old, and therefore little time has elapsed to establish many public figures that have practiced the faith in their private lives. Nonetheless, actors such as Nicholas Cage and Robert Downey Jr. have revealed their Wiccan beliefs. NFL player Troy Polamalu and MLB players Orlando and Livan Hernandez have been influential by promoting Wicca among their many fans. There are sure to be more to come as time goes by, but it is important to remember that if you should choose the Wiccan Path to Spirituality, you should do so because you find it to be of value, rather than because somebody who you admire has chosen that path.

I miss Scott Cunningham. He wrote well on so many topics including the paranormal- he was a pioneer. I was distressed to know he was murdered and never knew if they caught who did it.

Dear Bonnie, Yes he was a true inspiration and that inspiration does live on through his books, thankfully. I appreciate you reading this article and I know there are many others out there who feel the same way you do.

I read that Scott Cunningham passed due to complications from illness. Could you please clarify how he passed, murder or illness or something else? Thank You, Regina Ucker

Per Wikipedia: In 1983, Scott Cunningham was diagnosed with lymphoma, which he successfully overcame. In 1990, while on a speaking tour in Massachusetts, he suddenly fell ill and was diagnosed with AIDS-related cryptococcal meningitis. He suffered from several infections and died in March 1993. He was 36.

So many unsupported 'facts' and misrepresented 'truths' in this article it does itself and the author a disservice. PLEASE research properly before writing. William the Bastard a magical practitioner? Possible tho' unlikely. Peri-contemporary sources only speak obliquely of his beliefs, but being Viking it may be he had retained some Heathen paradigms from his ancestors. Dubious tho'. Elizabeth I had Dr John Dee as a Court adviser, but please don't confuse his enquiry into angels and demons as witchcraft. He was one of the first modern scholars to recognize the blurred lines between science and occultism (recognising that 'occult' simply means 'hidden'). And as for Nick Cage and Robert Downey Jr. being pagan; where is your source of that nugget? Cage has consistently refused to discuss his beliefs (if any) for decades, even walking out of interviews if the subject is broached, and refuses to be drawn on the subject. Downey describes himself as a 'Jewish-Buddhist', tho' has studied Christianity and astrology. Where is Wicca in that? And Scott Cunningham murdered? How do you think his families feel on reading such lies, when the man died of meningitis? Shame on you! A badly written and poorly researched bit of nonsense. Wicca deserves better.

Agreed, Justice. No farts were mentioned in the article. A bit of a non-sequitur tho'.