Four Powers of the Magus 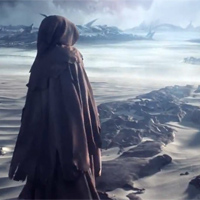 Though any individual can choose to pursue a Magickal path, this choice alone does not guarantee success in practice. It takes not only an interest in the subject, but true dedication, a willingness to learn, and the ability to maintain intense focus, coupled with years of trial and error. Only then can an individual who has chosen this path find achievement in Ceremonial Magick, or Rituals, and individualized reverence.

This belief is nearly as old as Magick itself. In the 4th Century B.C.E., pagan worship reached its pinnacle during what is known as the Hellenistic period. There were many different schools of pagan thought, as many great civilizations overlapped in this epoch. There were the devotees of Ancient Greek gods, with whom you might be familiar through mythology and the epics of Homer. There were also the Roman gods, paralleling those of the Greek gods, though not quite. To the East, the Indus Valley Civilization had developed their own polytheistic blueprint. Then on an entirely different continent, Ancient Indo-Americans were practicing their form of nature worship.

There was, however, a smaller, lesser known group who at the time was considered to be the premiere Practitioners of Magick within the pagan realm. The members of this faction held extensive knowledge in astrology, divination, focus methodology, Spellcasting, and Ceremonial Magick, and were well-versed in fruitful chants. They were (and perhaps still are) known as the Magi.

The Magi are often associated with the three wise men that traveled bearing gifts to visit Jesus Christ upon his birth. These wise men, amongst a select group of others, belonged to an Ancient Persian path to spirituality called Zoroastrianism. Like many religions, the Magi were followers of a single deified individual named Zoroaster, or sometimes Zarathustra, and the texts that he wrote. Though perhaps we will discuss this faith in the future, the Magi essentially believed that the purpose of life was to sustain the truth through constructive thinking.

They were quite successful in fulfilling their philosophy, as through methods of focus and development of their creed, they were able to achieve what others could not. Often times, lesser Practitioners would approach a Magus (the singular of Magi), seeking insight on how to improve their Magickal skills. The Magus would respond simply that there were four powers that a Practitioner must possess. They were:

The individual must seek knowledge rather than remain latent with the knowledge they already possess. There is always more to learn, and always room to improve. A successful Practitioner must continue the quest for knowledge until their days run dry.

Perhaps it is a frightening thought to delve into a new territory, or to think about what power you might acquire if you are successful in practice. But the individual must take this bold step, for you cannot know for certain what might happen unless you try. 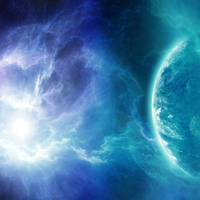 A Spell is intrinsically connected with the self, and can only be successful if the Practitioner believes that it will be successful. It is not enough to just go through the motions and expect it to happen – you must put forth your personal energy to have the energy you desire emitted.

The energy from a Spell thrives off of the expectations it might encounter. If the Practitioner tells others (perhaps even brags) about the Casting until it is complete, then the balance of energy has shifted and the Spell will not function as it is meant to. Thus, let the Spell take its course.

The Four Powers of the Magus was one of the best postings of the series. I completely enjoyed reading it. To know, to dare, to will, to be silent: excellent advice for anyone seeking success. Thank you.

I agree with Fred, this is one of the most enlightening articles yet! Thanks

Cormac! What a lovely and informative read and reminder. I appreciate your work and your writing is great; really enjoy all I glean through you and your blessed Coven. Best personal endearing wishes Cormac.

I apologize for not writing sooner but thank you all for your comments. I am so glad you enjoyed the article!

Of all the many pagan sites I have found, yours is the most interesting and consistent. Congratulations.

Of all the many pagan sites I have found, yours is the most interesting and consistent. Congratulations.

Thank you again for a well written, thoughtful and educational; thank you! I too have enjoyed your wisdom and over the years and hope all is well with you. Blessed, Jan