Free Will and True Will 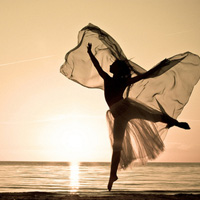 Who controls your destiny?

Whether an individual chooses their path to spirituality or whether the path finds the individual is a topic of great debate within the Wiccan community. This does not rebuff the idea that the path to spirituality is a personal one, but instead the debate concerns the divine’s direct involvement in the process. Is our path predetermined perhaps upon our birth or even before? Or does the individual possess the real power in the decision-making process?

The ideas of both free will and destiny have been present since the dawn of man. Simply put, free will is the ability to make a decision without any deterministic influences. This means that an individual possessing free will can make a decision in the spur of the moment, where the decision is made purely from within the mind of the individual without this decision already determined. Destiny, fate, or determinism is just the opposite. This notion infers that every decision has already been made by the divine. When an individual makes a decision, it is simply them acting on the script that has already been provided for them.

Do We Have Free Will?

It would seem on the surface for those able to accept responsibility that free will holds more logic. A decision is a test of character. An individual can alter their decision if they so desire. If everything that one does is predetermined, then humanity lacks all power and one could argue that there is no point in trying to organize or control anything within the grasp of humanity. On the other hand, the suspicion of destiny has always been present. The mythology of nearly every ancient culture has some form of personified fate, whose role it is to cut off an individual’s life system at the correct point in the script.

So where can, for example, the art of divination or fortunetelling find itself in these differing brainchildren? A practicing Wiccan has the capacity to make the decision to pursue divination. If success is achieved, the practitioner will then possess knowledge of future events. Then the Wiccan must ask if this future can be changed or is it set in stone? Unlike the previous terms that are able to be reconciled in the Wiccan faith, free will and destiny are polarized. They are black and white viewpoints that cannot be merged. Or can they?

The Concept of True Will

Aleister Crowley is not directly associated with Wicca, though as a leading occultist, his ideas are certainly worth mentioning. In his dictated text known as The Book of Law, Crowley outlines the principles of the mystical religious philosophy that he called Thelema. Within the context of Thelema, Crowley attempts to reconcile the schism between free will and destiny in the form of True Will. Within the human mind, there are certain aspects that can be controlled while others cannot. For example, and individual may wake up in the morning and decide that they want soup for lunch. Then, as the day progresses, they might change their mind and decide they want salad for lunch. These day-to-day sensations are relatively spontaneous and are located on the surface of the human brain. There is much ongoing activity here that determines an individual’s mood and frame of mind at any given point in time.

Delving deeper, there are other parts in one’s line of thinking that are unchanging through space and time. This may be how an individual feels about a certain political or religious issue, or a diversion about which one feels passionate. While the surface action gives the individual a sense of power and helps the learning process, the thoughts that occur within the interior of the brain are a part of a deeper process. These thoughts stem from the fixed subconscious, which Crowley asserts is directly connected to the divine. 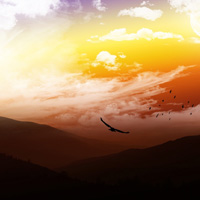 True Will holds that the Universe does have an individualized plan for each of its inhabitants. To the individual, this might be considered a calling or simply who they are. This portion of the human line of thinking entails the concept of destiny. This is not meant to explain why an individual dies at a particular time like the Fates, but is meant to explain what the individual contributes to the planet in their time on Earth. Then there is the free will on the surface that allows the individual to grow and build upon the deep thoughts of the subconscious.

Otherwise Known as Lady Vivienne HPS of The Welsh Tradition in NYC since 1972. Last year I started a closed Group on Face Book called The Goddess Speaks whose main purpose is to allow members to tell the tale of how She has influenced their lives. At 4 I found Joseph Campbell on PBS. As a 6 year old raised Protestant I met Catholic Girls in grade school and was chastised and given no reason for WHY I could not have a Mary necklace. In junior high in a small town with a few progressive teachers (I was fortunate to have) I was given The Greek and Roman Gods and Goddesses to read, In 1970 I walked into The Warlock Shop in Brooklyn and met Eddie Buczinski. ( Bull of Heaven by Michael Lloyd). I later became his HPS. I would say there is some destiny here. I did however have the choice to follow it's listen. Blessed Be LV

I don't understand that my life is fully part and way thinks don't go right,I can't get ahead ,us much I work,my lucky is so bad I don't know how to find a way to fix it.I wanted to be happy to have money and family's health insurance life and to able to help my children's and to have my boyfriends. To love me and only me.is that to much to asked for.I don't understand why I can't be happening.and this black spell needs to be broken and send Bach to the one send it ,and her to stay way form out life .

Mary, we do have Spells that can help you turn your luck around and also remove negative energy from you. I would suggest starting with an Aura Cleansing and then possibly the Change My Luck Spell. Do not feel alone. Many people suffer the same way you do. We are here to help.

it will explain everything about universe fate & destiny (human, free will, animal, energy/quantum physic) https://www.youtube.com/watch?v=m5alTv23N-E&list=PLsBkdCYIlhPo3Xg7bwF-SJ9BCP-Btvf9Z&index=1 Whatever we are to be now.. we Maybe be poor people, rich people, president, musician, priest, criminal, smart, idiot, etc.. we're all be person what we should to be that person.. it's all about energy circumtance/quantum physic.. it's call destiny / Fate.. this video good for all human around the world, spesialy for poor, sad, depresive & hopeless people :) if anybody could understand this video means, please edit this like profesional video, easy explain, detail, so everybody can be easy to understand this video means. Don't forget to see similar on my playlist. Thanks :)

it will explain everything about universe fate & destiny, determinism (human, free will, animal, energy/quantum physic) https://www.youtube.com/watch?v=m5alTv23N-E&list=PLsBkdCYIlhPo3Xg7bwF-SJ9BCP-Btvf9Z&index=1 Whatever we are to be now.. we Maybe be poor people, rich people, president, musician, priest, criminal, smart, idiot, etc.. we're all be person what we should to be that person.. it's all about energy circumtance/quantum physic.. it's call destiny / Fate.. this video good for all human around the world, spesialy for poor, sad, depresive & hopeless people :) if anybody could understand this video means, please edit this like profesional video, easy explain, detail, so everybody can be easy to understand this video means. Don't forget to see similar on my playlist. Thanks :)

My life is facing difficulties and challanges which I have expirenced for the past two months now, and this month is even wost. One witch doctor told me that the problems that am facing, the envy is from my village, that some one envyed me so that I can not progress anymore. Right now, things are difficult for me to the extent that I don't even have money to pay him as he said in other for the problems to be solved. Please I need a support.