A Brief History of Love Spells 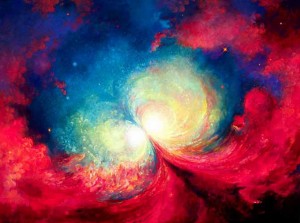 Love Spells have existed in many forms over the centuries. Almost every culture can find traces of Magick and Spellcasting in their past, and very often these are applied to love – which is a constant across all cultures.

So why are Love Spells so widespread? Why does almost every culture in the world have some tradition of Love Magick in their folklore?

The answer is simple: love is universal. The use of Magick to help influence and stir the blossoming of love, and bring people together, is something we can all see the benefits of. Great happiness and joy can hinge on the factors that Love Spells influence. Simply put, these Spells can help lead us to more content and passionate lives.

The first type is based on a Curse or Hex framework. This is an aggressive Spell that is designed to control the target individual, and to fulfill the desires of the Caster, or the person who has requested the Spell. This type has fallen out of favor nowadays, and most responsible Spellcasters will veer away from this type of wholly aggressive Spell.

The other form is closer to what we practice today. It uses Spells and Rituals to draw the Love of one person to another, creating a kind of romantic resonance. This second brand of modern Love Spells is often rated as a far more beneficial method, as it uses the natural magnetism between people, rather than the more offensive nature of the Love Hex.

Our grasp of Love Spells is historical. They have appeared in the myths and histories of ancient cultures long before the modern age dawned. All of this points to the vital role of love as an emotion amongst mankind. Spellwork reacts to a need, and the need for love is one of the most primal.

We know of Love Spells since the Classic period, when ancient Greece and Rome gave us some of the most lasting and immortal concepts of love. Particular Gods and Goddesses were known to be specifically approached and petitioned in regards to affairs of the heart.

The Greeks made offerings and prayers in particular to the Goddess Aphrodite (also known as Venus) in hopes of gaining her favor concerning their affairs with Love. 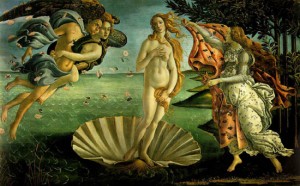 Many Love Spells of the Greek period made particular reference to this Goddess. Her role as the personification of female love would have made her highly suitable for a young male suitor to petition. For someone trying to attract the interests of a young woman, a Love Spell that included an invocation to Aphrodite would have been a matter of course.

The act of sacrifice, offering up specific goods such as food, clothing, livestock or luxury items like wine may well have played a role in the Love Spell ceremony. The long lasting reign of the Greek Gods pointed to their important role and effective presence in Greek society.

We also know that the Celtic druids performed Love Spells using special rituals that were unique to their people and culture.

The Celtic tradition is especially concerned with fertility, being primarily a people that dwelt in the countryside. Natural materials, such as oak leaves and fresh berries were used in these rituals, which were believed to be sacred and to help confer love upon the chosen individuals.

Many of these rites were carried out in secret to bring lovers together – often hoping to ensure fertility and the arrival of a child. Again, sacrifice had a role in these ceremonies, with the Celtic versions of the Mother Goddess (especially the Goddess Áine) being petitioned.

Various other cultures had their own version of the Love Spell. As the centuries progressed however, monotheistic faiths such as Christianity and Islam replaced the native religions of many people.

The God of Christianity, while presented as a loving figure, did not give his new followers the outlet of a special ‘Love Goddess’. Earthly love was shunned and had to find another outlet. Instead of involving divine powers in Love Spells, the desires found their outlet in the form of the love potion – a prop that we instantly recognize today. 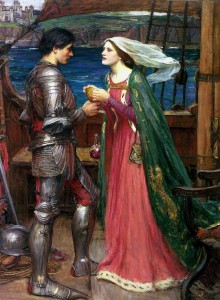 In the medieval tale of Tristan and Iseult perhaps gives us the strongest indication of how love potions took prominence. The story of the loyal knight and the beautiful young woman falling hopelessly in love with each other has echoed down through the centuries, and is one of the most recognizable tales of a courtly love we know.

It features the Magick of the potion at its root, however it omits the specific ceremony required to empower the potion. Again, this was a case of ‘playing it safe’, portraying the Magickal power to stir love through a harmless drink than through a forbidden ritual.

In more recent centuries, the Love Spell as a powerful ritual has returned in popularity. As witchcraft crept in from the cold, and was embraced by those more enlightened souls in society as a source of ancient knowledge.

This translated into an increased interest in Love Spell rituals, and the unparalleled way in which they can bring two people together.

Nowadays, Love Spells are common across the spectrum of modern Magick users. Most commonly, especially since the rise of modern Wicca, they take the form of an inclusive ceremony that incorporates special materials, petitions to certain Goddesses and deities, and very specialized rites. The move away from the aggressive Love Hex continues to this day, although this practice is known to persist. 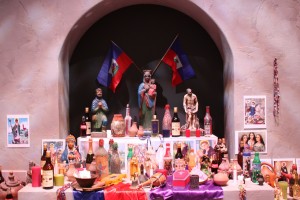 One aspect that should be considered is how Voudou and Hoodoo Magick are often employed for Love Magick. These primarily African traditions have evolved completely separately from the European ideal. However, the way in which the Love Spells of these traditions work, and fulfil the need of the practitioners ensures their spread and survival.

Ultimately, the goals of Love Magick and Love Spells down through the ages have remained the same. Using Magick to help bring hearts together will most likely remain a hugely popular application of the Craft.

Those who are skilled in the art can see the positive effects, and how this need has echoed down through history.

Do you have a favorite Love Spell? Have you ever had an experience with a Love Spell that left you with a strong impression of their power? Let us know your experiences on our Facebook Page, and don’t forget to explore the Coven’s selection of Love Spells.