The History of Joan of Arc 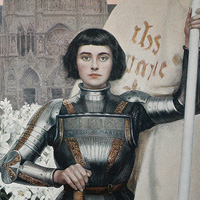 Often, different historical portrayals create confusion in the present day. One of the more perplexing historical figures is Joan of Arc. Some accounts claim that Joan of Arc was a religious zealot, determined to fight in her god's name. Others claim that she was a prophet, the one chosen to hear the word of god, and carry out his orders. Others claim that Joan of Arc was simply a trained soldier, who in a day when only men could fight needed to take extraordinary measures in order to join in the combat. Even others declare that Joan was an ever powerful witch, conjuring, summoning, and casting to help lead her country to victory. Which is the truth? Can only one be true, or is it possible that Joan of Arc was as multifaceted and complex as different historical descriptions make her out to be?

The Origins of Joan of Arc

The exact year of Joan of Arc's birth is unknown, though most scholars say that she was born around 1412 A.D. in an isolated, rural household. About 80 years prior to Joan's birth, the Kingdom of France had engaged in a war with the Kingdom of England, referred to as the Hundred's Year War. Essentially, the Kings of England had gradually been expanding their influence and power into mainland Europe, into France. This English dynasty had grown very strong, and was on the threshold of incorporating France into their domain. France, on the other hand, suffered through dying dynastic lines, and monarchs who had made ill decisions - some even had gone insane.

The French people, and what remained of the monarchy, resisted British takeover. Eventually a war ensued. When Joan of Arc was born, it had seemed as though the Kingdom of England would have their way with the French monarchy and the people of France. However, one brave woman, but only in her teens, had another plan.

A Vision of Saints Catherine, Margaret, and Michael

At age 12, while working on her father's land, legend holds that Joan of Arc experienced a vision of the Saints Catherine, Margaret, and Michael, who told her to drive the English forces out of France, and to help crown the rightful King of France. Joan then continued to petition French officials to join the French army. She was denied many times, until finally at the age of 16 Joan made a prediction that the French forces would emerge victorious at a certain battle, which came true. Those in charge then began to take Joan seriously, and she was given troops to take into battle.

Joan of Arc Leads The French in to War

Joan of Arc had an aggressive military strategy. Based upon the advice that she received in her visions, Joan led her troops head on against the English army. She was very successful in her endeavors, and quickly the tides began to turn. It finally seemed as though the French had a chance on their home turf against the English. 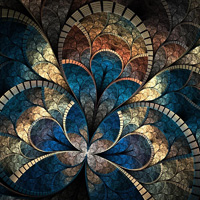 However, in one battle in which the French were losing, Joan made a quick decision, not triggered by any vision but more out of impulse, to help the French forces defend their land. But the French continued to retreat, and as the last soldier remaining, Joan was captured by the English and taken as a prisoner of war. Joan was then later tried for heresy. Some say this was because her religious experiences were false. Others say this is because she was a powerful witch. Then penalty for heresy in England at the time was death, and perhaps for what Joan of Arc is best known, she was burned at the stake, like so many witches (whether real or not) before her. Joan was only 19.

For one thing she was burned at the stake as a witch, because the bloody English wanted her gone; but gone wasn't good enough- burning her to death as a witch ensured that many many thought she was evil.