Posted by Cormac O'Dwyer on 5/15/2016 to Occult Weekly
There are different kinds of occult symbols that exist and at present, 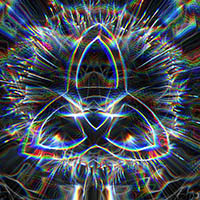 you will find that an increasing number of people are now using these symbols by wearing them or by displaying them because these signs are considered to be trendy. This is especially popular among the youngsters. On the other hand, it is important that you know what the symbol mean before you decide to use it by displaying it or by wearing it. You need to know that the occult symbols have double meanings and sometimes multiple meanings.
Take the pentagram as an example. People have been using this sign to send out occult power in various kinds of rituals for hundreds of years. A person who does not know about this will think that is just a star. Let’s look at another example. When an image of a fish is seen, many people think that is simply one of the signs of the Zodiac but to the followers of Christianity, a fish means following Jesus Christ and spreading His message of love. On the other hand, there are some other people who make use of this image to represent the evil.
The signs and symbols of Occult have not lost their meaning even today and the followers of Occult as well as the New Agers make use of these symbols. Given below are the meanings of some of the Occult symbols:
• Alchemy: This is basically a symbol from the 17th century that demonstrates the combination of astrological signs, elemental symbols and geometric shapes. Every single part of this symbol stands for the different forces and elements that are required for magical work.
• Amulet: An amulet is a magic charm that people wear to bring good fortune and protection against the evil forces, illness and accidents.
• Angel: This is actually a symbol that represents the good as well as the evil spirits in different religions worldwide. 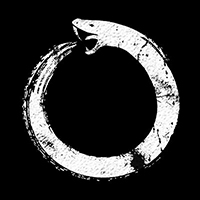 • Crystal ball: I am sure you must have heard about the crystal ball. Almost every one of us has, because we believe that the fortune tellers make use of this ball to predict the future. The crystal or gazing ball is used for the purpose of divination such as clairvoyance, scrying and fortune telling; to name a few. There was a time when the heavy crystal balls were very costly and instead of using this, the witches made use of magic mirrors, colored glass balls or glass-ball fishing floats.
• Butterfly: A butterfly reminds the followers of Christianity of the astonishing transformation that took place through the salvation and regeneration of Jesus Christ. On the other hand, this symbol has a different meaning to pagans as they believe that a butterfly is connected to the soul of someone who is no more in the world, someone who is looking for reincarnation.
• Circle: A circle is a universal and sacred symbol that means many things like female power, goddess, infinity, wholeness and unity. The circle stands for a sacred space, a spiritualized Mother Earth and feminine force or spirit to the various religions all over the world and also to the modern pagans.
• Crescent moon: The modern witches consider this symbol to represent an aging goddess. On the other hand, the Muslims consider the crescent moon to be victory over dead.
Previous Post
Next Post

MAY GOD OF CREATIONS WHISPERED LONG LIFE AND GOOD HEALTH APON YOU ALL THE 7WICCAN.BLESSED BE

What about swastik symbol

Please I want to be rich and I want to know how this religion can help me? I need money physically all the time. Show me the guidelines step by step.

THANK YOU, for Sharing this Info. Have a Good/Blessed Day,...and week, Robert Rico

U mrntioned the Alchemy symbol . What does it look like ?

Symbols , I love Butterflies because I know for me they represent my love ones who has passed over. My husband has shown me he is with me even when our precious dog of 15 years passed, while the grave for her was being dig there was this big beautiful blue butterfly sitting on top of her until it was time to bury her. I have a lot of them to come around especially when I'm talking to my love ones that has passed. Thank you for this article you write every week. It is good information and knowledge we all can use

Interesting and could be thought provoking for the general public, would love more.

Thank you for the interesting article...very informative.