The Responsibilities of Being a Witch 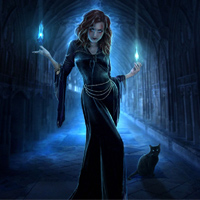 The great French Renaissance critic and writer Voltaire is attributed with the saying, “With great power comes great responsibility,” when discussing the role of the monarch. A similar, earlier version of this phrase stems from the Bible. Concerning Jesus Christ potencies, Luke declared, “from the one who has been entrusted with much, much more will be asked of him.” Even the creator of Spider-Man, Stan Lee, often had his supporting characters make a similar declaration when admiring the powers of this superhero. In each of these contexts, a strong individual with unique powers took upon him or herself to make a change. They acknowledged that the road to success would not come easy, but given the tools in their belt, success or failure was within their control.

Though perhaps not to the same extreme, a similar phrase can be used for those who pursue the Craft. This is not to compare a beginning practitioner of Magick with Louis XVI, or Jesus Christ, or Spider-Man. Rather, it is to ensure that one who chooses to practice the Craft acknowledges the power that they might (or do) possess, and that this power is to be used responsibly.

As a novice, an individual who has decided to pursue and learn from the teachings of the Craft, whether it is Wicca or some other path, they should begin to realize that what is within their control transcends beyond the obvious. As we have discussed prior, there exists an essential plane beyond the physical that connects us all. This is often referred to as the Akasha plane, or the Spiritual Realm. To put it bluntly, through extensive learning and practice (though it is possible but very rare to acquire this skill naturally) one is able to enter the network of energy between all of the Divine’s creations and redirect and absorb energy as they see fit. In essence, this is the manipulation of individuals’ personal energy. It happens unknowingly to most, but others with knowledge of the subject are aware that their energy intake may be a product of a practitioner’s workings.

Therefore, the possibility certainly exists for an individual practitioner to decide for themselves how to manipulate this energy. They could potentially use this skill for the worse. We have often discussed the frailty of practitioners, and those who have delved onto the Left Hand Path to practice the Dark Arts. No further explanation is needed on this matter. However, the possibility also exists that a practitioner of Magick does not yet have a mastery of their skills and makes a mistake. While in other aspects of life a mistake may often be repaired, in this case a mistake may have a crucial bearing upon an individual’s life, who the practitioner may not even know. Thus, even in the early stages of learning the Craft must one take the utmost precaution when exercising their capabilities. 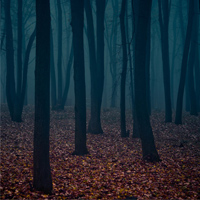 Then, as the practitioner progresses and becomes more aware of their abilities, they possess greater knowledge of what they could be able to do. At this stage, restraint is key. A Master Witch knows that they are able to accomplish many feats with their abilities, for their self-indulgence or a similar unnecessary purpose. It is of great importance that in their learning the Master Witch has learned restraint and control techniques. If they have, they are only performing acts for the greater good of the universe. Nothing more, nothing less.

The Wiccan Rede is a different way of saying that with great power comes great responsibility. If you choose to pursue the practice of Magick, self-control is a discipline of the utmost importance in order to succeed. This is not only for the sake of concentration when practicing, but also to ensure that your intentions are good and pure. With all of the reasons to be grateful surrounding us, let this be said only once: If an individual wish to learn Magick exclusively for the benefit of him or herself, their heart does not see through a Wiccan lens. We live together and we die together.

Something had to happen to spark this comment. I understand the message, but putting Jesus Christ, a real person with real powers, with Spider-Man, a fictious character and only imagined powers, is not the way to win friends and make you point.

I have been struggling with the intensity of my my powers lately. I have experienced several mind bending incidents, in the last couple of weeks. The picture in the article you just sent me, is a small example. Last night, I ordered a shower curtain from Amazon. They said it was the last one, so I jumped on it. The picture of the trees, fog and leaves are almost identical the the shower curtain.

Yes it is true that if you posses power you have a great and big responsabillity not only within your self but people surrounded you. Not by just making good living but helping people especially those who cannot afford the amount -only to discover their self-steem or maybe a power within for every individual. As much as possible help the people who wanted to discover their power and this is your responsabilty.

GREETINGS TO U ALL MY MASTERS FOR THE GREAT U VE BEENG SHOWING TO ME AM READY JOURNEY WITH FULL RESPECT.

I am very much intetested in learning the craft

i think the wolf