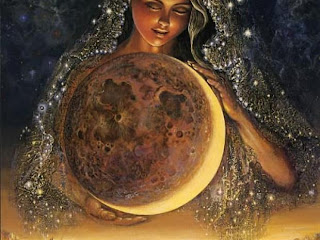 'Magic’, in its simplest form, has been used by ancient cultures to control the elements, and bend forces of nature to the will of the user. The Prehistoric man was very much in tune with how they were placed in nature, and often felt they must give up sacrifices and offerings to their Gods in order to keep them happy. These rituals are the earliest forms of spellcasting, as their power of giving thanks helped them in their tasks of farming or gathering food.

African and Native American cultures had their wise men and women to perform their spells for similar reasons. They used wands and crystals to aid them in their spell casting, and offered gifts of thanks for the spiritual powers. They focused more on charms and trinkets, or dolls to be carried around, and could perform spells wherever they were needed. Those who performed the spells were highly revered in their society, as they had proved themselves strong enough to handle the power of the spirits.

Egyptian and Greeks were more direct in their spellcasting, with their magics being used to control the will of others, or giving healing spells direct to an individual through their sleep. The performance of the rituals had little change from previous times, as they still believed that their Gods and Goddesses wanted cleanliness from the user, and offerings or gifts in order to say thank you for the use of their powers.

However, the rise of Christianity during Roman times paved the way for other forms of spellcasting, reverting back to the prayers to God, or the use of rosary beads and the cross. While the use of magics began to be outlawed for their pagan roots, the simple spells given by the Romans gave them the peace to actively co-exist with other spellcasters from other cultures for a set time. If the prayers worked, then they would be given permission to enter their version of afterlife and their form of spells worked for them.

During the Middle Ages, the practice of witchcraft was illegal, and many people fell under the governing bodies for the accusation of casting spells upon others. Stories surrounding these times often tell of spells that caused devilish images to appear in the dreams of the victim, or spells that could alter the temperature of the person, or evil sorcery that caused the death of another. Although it was a crime for witchcraft to be used, those who followed the old path were forced underground, and the practice of spells continued. The nature of these spells were the same as their ancestors. Small rituals to give thanks for their goods, prayers to their ancestors, and also the use of herbs to cure illnesses were used in their daily lives until the re-emergence of the pagan religion.