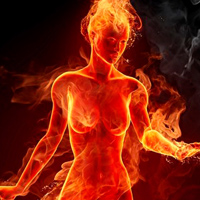 I recently received a question that I would like to clarify. Two well-informed individuals were very interested in joining a Coven, or otherwise partaking in group Ritual, but were concerned that they would need to expose themselves in order to do so. They asked me if it was mandatory for all Wiccans to practice while in the nude. The brief answer to this question is by and large ‘no’ as the Faith is not one which coerces somebody to do something that they do not want to do. Instead, Wicca gives general guidelines for practice and finding a path to spirituality. However, there are certain sects and individual Covens with more stringent standards which do require participants to be in the nude, or Skyclad, during Rituals. I would like to elucidate the reasoning behind this.

The Wiccan Rede, the statement in which all Wiccans live by regardless of sect or other beliefs, does after all state, “An ye harm none do what ye will.” If an individual feels uncomfortable when unclothed in front of others or by themselves, would it not harm that individual to compel somebody to do so? To begin to answer this question, we must differentiate the Faith from a Coven. While Wicca is all-inclusive, willing to accept anybody to live by the Rede, as we have often mentioned, a Coven is not necessarily open to everybody who wishes to join. Rather, it is a group of individuals who share a common ideology about Wicca and the practice of Magick, and may choose to impose rules, including Skyclad, that others do not choose to follow. This is their prerogative.

But why do these Covens choose to practice in the nude? The intent behind this custom is not perverse by any means. It instead entails a logic concerning the combination of energy flow and the reverence of nature.

Ritual nudity has been observed since the days of ancient paganism. The Practitioners of old believed that clothing limited the maximum flow of energy exerted from an individual, and thus it would help them achieve their Magickal goals by removing their clothing. This idea was reinforced by the fact that Rituals were a form of worship of the Divine and her natural beauty, and it should follow that all participants be in their most natural form. These people thought nothing of it at the time.

However, Skyclad of modern times has generated much more controversy. Perhaps this notion is more controversial today due to the emphasis that we place upon clothing, or because society’s collective conception of ‘decency’ has changed. Even so, it seems as if the scrutiny that Covens practicing Skyclad grows each day.

In his ethnography of Tuscan Practitioners of the Craft at the turn of the 20th Century, Charles Leland wrote in Aradia, or the Gospel of the Witches, that they practiced naked. There have been disagreements as to whether Leland actually witnessed this, or had heard the Practitioners speaking of being uncovered in the metaphorical sense, but nonetheless Gerald Gardner took this as a literal instruction. Gardner himself had been initiated Skyclad into the New Forest Coven, and deemed this nudity as an important facet of neopaganism. As influential as he was, many Wiccans believed Skyclad to be a mandatory part of the Faith. 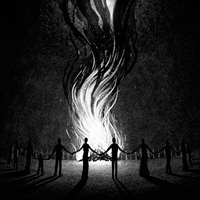 Certain sects to this day, namely Gardnerian and Aradian, often continue the practice of Skyclad. Further, the ancient belief that nudity maximized the results of a Ritual has recently been substantiated through empirical studies. However, as mentioned at the outset, this is not a requirement found in Wicca. If there needs to be a message behind this discussion it is that if you are uncomfortable with nudity, simply do not choose to join a Coven which expects it during Rituals. However, it does not seem quite fair to judge a Coven that elects Ritual nudity as they are doing this out of respect for the Divine.

But what do you think about Ritual nudity? Is it possible that the intentions are pure? Does the argument that these Covens make for Skyclad make sense?

One of my greatest wish is to become a voodoo priest, but so far all I had found online is Rip-offs in both Wiccan & Voodoo. How can I go by find the real thing to studied online.....?

Being nude us actually the natural state of ourselves. We're born nude. Mandatory clothing wasn't there before the ascension of Christianity. During Christian rule and Victorian era clothing was getting considered as mandatory. Before that people of Warmer part of Earth remained Skyland or with donning bare minimum say just covering crotch. So, if a coven practice sky clad then nothing is wrong with that.

I do not belong to a coven, but find that when working with the natural order of things, being in my most natural state (nude) results in the most beneficial outcomes. Thank you for clarifying this with new studies and those who do not practice. Blessed be.

I'm not in a Covent yet. But I thiink that I would be able to worship in the nude.