Why Witches Are Feared 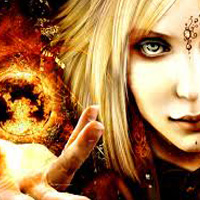 Anyone with any real knowledge regarding witchcraft know that the primary reason that witches are feared is due to the plethora of misinformation that has circulated for centuries.

However, there are some very specific skills that witches are rumored to possess which terrify the devoutly religious and superstitious alike.

It is these qualities that continue to cast a shadow of fear and persecution over witches today. They, like all negative and libelous aspects regarding a single group of people, can be hard to stamp out.

The single biggest ‘witch ability’ that people fear is the supposed ability of witches to take control of a person against their will. Supposedly, witches do this in an attempt to undermine a person’s ability to control their own actions.

As we often see in news reports, people who often have no connection to Magick are persecuted in places such as the less developed countries in Africa for these reasons. Sometimes, even an accusation is all it takes for a person to be targeted, which produces the double injustice of the person not being a witch, and witches themselves not having the negative aspects that are so feared.

Another specifically feared skill that witches are believed to possess is the power of necromancy, or the ability to conjure the spirits of the dead.

This belief dates back to at least Biblical times, when it was supposedly performed by the biblical Witch of Endor. Necromancy is actually among the witchcraft practices that we specifically know are forbidden amongst Magickal practitioners. It is not a realistic pursuit for anyone initiated in the Craft, yet this damaging legend often rears its head.

Perhaps the most obvious trait that distinguishes witches from non-magical people is their ability to cast Spells. The vast majority of Spells are cast for everyday purposes.

However, despite a Spell’s benevolent intent, many people believe that the simple act of a witch attempting to alter the universe around her (or him) is enough of an offense in and of itself.

This may be especially the case for those with fundamental or highly conservative Christian beliefs. These beliefs are something that Witches have always had to negotiate with. There is room enough in the world for differing opinions so long as respect exists.

There are many other practices that are associated with witchcraft (some correctly and others erroneously) which make those who are not educated in Magickal practices edgy.

These practices include meditation (although that is gaining mainstream acceptance), the manipulation of energy, the ability to see, read and cleanse auras, communication with spirits, and the use of divining tools.

In addition, many people believe that witches are devil worshippers. However, this is a truly false and highly detrimental belief. The fact of the matter is that witches do not worship or even believe in the devil, and most sects of practicing witches believe that anything that they do will come back on them threefold. The law of the Wiccan Rede itself is there to prevent wrongdoing.

The threefold law is a very good deterrent from carrying out offensive Magick, as it can have devastating consequences for fledgling and experienced witches alike.

The bottom line is that the vast majority of reasons that people list for fearing witches and magical practitioners have absolutely no basis in fact.

The ones that may have been factual to begin with are generally grossly exaggerated or so blown out of proportion that they retain virtually no semblance of their true nature. Often, a very human emotion like jealousy or bitterness is behind the accusations.

For this reason, it is important that people keep an open mind when it comes to magical practitioners and witches and at the very least separate truth from myth before passing judgment. 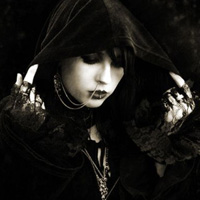 Many point of that the law of threefold return bears a striking resemblance to the concept of Karma, and you get what you put in whether you are a witch or not.

Have you ever experienced someone attacking Magick users without justification? Do you feel that you’ve ever been threatened do to your own interest in these topics?

These are important issues, so feel free to continue the conversation on our Facebook Page, where we will look further into this ongoing challenge to the Magick-using community.

Please how can I get rich? Am in dire need for finance

some times i think i try every hard to make jeff w lynch to fall in love with me, its like karma hit me he get afraid and runs and says away maybe this for along are for good its like i cannot do anything right. with or having sex with him right either your friend tammy stevens.

I believe in witches and spells and in karma I wish I had true skills but all I can do is easy chants and since I started them I truly believe they have added so much happiness to my life.I thank you all for the spells I can do and most of all when you are kind to people karma will come back to you thank you for your wonderful insights and educating every one on the true beliefs.Blessings to you all always

After I place an order, what happens next?

I have a FB friend that asked me for a spell,that I believe to be very dark magik,soul switching.Am I right on this,It sounds more voodoo dark magic.

I truly love witches. Most have been very kind and helpful to me. I have never seen evil. Thanks for the site. Take care!

I loved this. Very thorough and true.

Good article, except the statement of "people who often have no connection to Magick are persecuted in places such as the less developed countries in Africa" is TOTALLY WRONG. Not only is there MAGIC in and on that continent, folks in the west don't know a THING about it. Afrika never had religions until islam & christianity hit the shores; that's when all hell broke loose for the people there. AFRIKA is RICH in both spirituality and magic...folks need to learn more. Ire O!

1. I need help to effectively return spells thats my wife & I currently being experience back to its caster. 2. How much suggested donation? Thank you, Abe & Malou

Good topic. I am careful with my neighbors, but they have no idea of my craft. I often gather mullein, white oak bark, plantain, from country roads, and when asked about my doings, I simply reply I'm a herbalist. I also grow several mints, oragano, sage, dill, lipine, and dozens more in my flower beds. Its fun when I start drumming, Once I told a neighbor I was doing a rain dance for rain (It was dry) and before the day was over, it rained!.

Thanks for the information. Very interesting. No problem on this end. Those of us who are interested in magick, need to continue reading. Best wishes.

I believe that everyone has there own opinion on which craft or spells ect.. But I have done some reading and meditation on it. what people don't realize is when you thinking Neg. or Pos. a person or events, or anything you are releasing energy out into the universe how littler or big you think or speak about it the universe picks up on this and go's with it. All depends how strong or little you think about it. so what I am say everyone on this earth does some sort of magic. when you light a candle and chant words you are sending energy a lot stronger the people who don't. I hope you understand what I'm saying Thank You

I have an 80 year old neighbor that lives a couple of doors down and me and my husband have had a lot of trouble with this woman. I put a sign up in my yard that advertised that I did tarot car dreadings , she called the zoning commission and they made me take the sign down and now she is going around telling every body in the neighborhood my husband and I are satanists and witches and stay away from us. The neighbors are in an uproar. She could have had me burnt at the stake 300 years ago. We are thinking about moving and we bought this house a year and a half ago here in Kingman, Az.

This article is very true. There are four spirits that I can speak with. Sometimes we disagree on certain things and sometimes we don't. Do you by chance have a spell that I can use to help them reach the land of happiness? Thanks and HAPPY INDEPENDENCE DAY!