Today, images of witches and black cats are likely associated with Halloween decorations, but not long ago, the scary duo was regarded with a mixture of fear and trepidation.

Woe to anyone walking alone on a dark night if he spies a black cat lying in wait on the path. And worse still, a witch may be lurking nearby, seeking to cast a hex on the unwary traveler!

Such concerns are the stuff of village tales, superstition and folklore, though it was considered gravely serious at the time.

Since the Middle Ages, black cats have been regarded somewhat differently than the rest of their feline brethren. This is due to the folklore surrounding black cats that still exists in some communities to this day.

Some European cultures considered a black cat to be a bad omen. The superstition of a black cat crossing your path being bad luck is very well known throughout North America and other parts of the world. There was a belief in old Irish culture that pointed to the appearance of a black cat beneath the moonlight foretelling great illness. Likewise, the Italians believed that a sick person visited by a black cat would soon perish.

Alternatively, some cultures believe the exact opposite; a black cat walking towards you or the appearance of a black cat portends good luck. Other cultures, in particular the South African religion Hoodoo believes that a particular bone within a black cat can be used to impart someone with invisibility or other special powers. 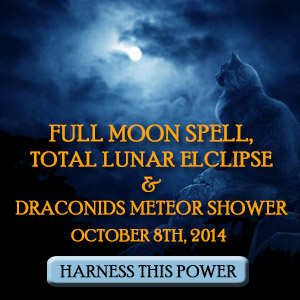 The black cat suffered the most in areas of Europe that partook in the horrid practice of witch trials and witch burnings. The black cat was considered to be a witch’s familiar, meaning an animal that shared a particular spiritual bond with a witch. Other animals were also considered familiars: frogs and toads, owls, bats, ravens, and other animals considered mysterious, associated with the night or looked upon unfavorably.

However, it was the black cat that received the most attention, perhaps because cats possess a particular unique personality.

Through a familiar, a witch could spy upon others, and maybe even utilize the familiar to cast hexes and curses. It is also believed that a black cat may even be the witch herself, attempting to disguise herself as she roams through the dark night, instilling fear amongst all those who might be unfortunate to look upon her.

The way in which cats were an integral part of homes and farms at the time in their role as mice and rat catchers, made their possible ‘evil’ nature all the more worrisome.

In 1233, Pope Gregory IX even went so far as to condemn black cats as evil, satanic creatures, leading to a widespread extermination of black cats. Subsequently, other animals considered to be a witch’s familiar were also burned or killed along with a captured witch.

Of course, today we know that most of the women considered to be witches were either falsely accused, or were simply women well-versed in herbal lore and other folk remedies, which was sometimes considered witchcraft by overly superstitious folk.

Familiars have even been depicted in a much more positive light in the Harry Potter movies, where the owls and other animals paired with the young spellcasters form a special bond. 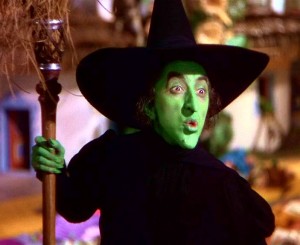 We also now know that modern witchcraft is not evil, and many people who self-identify as witches operate in a professional capacity. Witchcraft has become a widespread movement throughout America and Europe, and is more commonly referred to under the umbrella movement of Wicca. However, there are in fact several different traditions of witchcraft, and Wicca is only one classification.

Though witchcraft is still officially denounced by the Church, there is little harm in proclaiming oneself to be a witch, and thankfully black cats may walk freely without fear of being hunted and killed.

Some modern witches also claim that their pets are more than just pets; they are in fact familiars in the true sense of the word, acting as attendants and helpers, and serving to protect a witch from harm. Familiars are no longer looked upon as inherently evil, but rather as a servant of good, and sharing a heightened awareness.

While modern Covens and Spell Casters are now no longer in the shadows to such a degree, the association with live animals has lessened considerably. The idea of these creatures being involved with the use of Magick has drifted away from the idea of modern Spellcasting.

There is little to no connection between living animals and modern Witches beyond the bonds that unite animal-lovers with their pets. Often those involved in Wicca or in modern Magick respect and love animals to a greater degree than other people. This can be put down to a respect and a love for the creatures of this world – an extension of care for the world we live in.

So the next time you spy a black cat that seems to be staring at you with a particular intensity, do not be alarmed.

It will not spread an ill omen or bad luck in its wake. However, it is up to you to decide if it is just a curious cat, or the familiar of a nearby (probably very friendly) witch! It is simply up to your imagination which one you choose…

Have you ever had a black cat as a pet? Have you ever encountered people treating black cats differently? Please feel free to contribute to our Facebook Page as we continue the discussion.

After the death of my 20yr old cat 4 weeks ago I went to a cats rescue and adopted 2 black kittens as no one adopts them they are adorable. There was so many left behind heartbreaking

I missed my black angora cat named Midget. Very playful, very aware. I don't know what happen to him. I fear that someone took him or something bad happened to my cat. He never came home one cold winter night. Midget always went out at night. When my first son was born, Midget sleep under the crib and he alerted me when when my baby was crying, he watch out for my baby. I love my Midget for it. A beautiful black cat he was.

About 4 years ago a beautiful black cat showed up on my door step and has stayed ever since. We had just moved to that house and was having problems with my inlaws at the time. Also i was just discovering wicca and becoming a witch. It felt so right yet so surreal. it was as if this cat was leading me on my path, a sign telling me this is right. I called it lucky. He/she is so affectionate and always rubs his forehead onto mine, which i find so cute. Lucky follows me around and sometime i think i should of called him shadow! I get so nervous and upset if i don't see him for a day or so and wonder if he has another owner as he does not seem feral. i would love to know his story.

I have always had black cats, they are fine , also like black birds

I have a black cat and I love him so ,he is a wonderful family addition ,he will never be called "bad luck" I am a proud wiccan and I will stand up for this young Man :)

My husband said he found a home for my black cat and i found him at the shelter. He is terrified of the dog and would not use his litter box :( I have found out he had diabetes. The sad thing is no one will adopt him because 1. he is black 2. he is sick 3. he is 10 years old. My heart breaks for Cory but I cannot bring him home. He has the best purr ever! I love CATS! All of them... my most favorite in my cat ESPONS :)

I have a black cat name oscar the grouch, when i got him as a kitten he was gray, seems like overnight he became black. His fur feels like cashmere, i love him very much.