Posted by J. Roslyn Antle on 5/29/2016 to Occult Weekly
Everything in existence is fundamentally comprised of a series of vibrating particles. 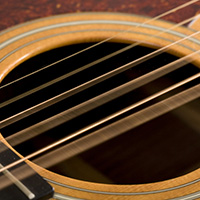 All of our senses are vibratory receptors and translate these signals into forms our brain can relate to through Touch, Taste, Smell, Sight, and Sound. The power of sound to influence our thoughts and emotions has been evident since primal man first learned to replicate the rhythms of nature by beating sticks together or shaking the seeds of a dried gourd. As our understanding of these auditory vibrations grew they became integral to our journey toward the divine.
The Benedictine monks at the beginning of the 11 th century used their Gregorian chants to incite a peaceful and prayerful connection to a higher level of consciousness. The chants and their unique tones were believed to impart spiritual blessings when sung in harmony. The original scale that we now know as Do-Re- Mi-Fa- Sol-La- Ti originally had only 6 tones and was derived from a Medieval hymn to John the Baptist. The first six lines of the hymn “Ut Queant Laxis” begin on the successive ascending notes of the scale and their names are taken from the first syllable of each line. The original scale replaces our current “Do” with the syllable “Ut” and was developed by a monk by the name of Guido d’Arezzo to help the choir to learn the songs and chants more easily. This “Solfeggio” scale held within it a pure mathematical resonance which allowed mankind to be more “god-kind”. Subsequent changes to the method of tuning and changes in interval distance over the centuries that give us our current 12 note “western” scale caused these Sacred tones to be misunderstood and lost for centuries. Even to the point of suppressing the natural emotion in the music, replacing it with a fear based system that lacks consciousness and can manifest into physical symptoms of dis-ease. 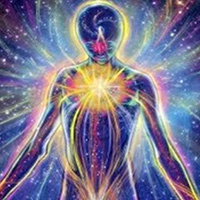 In the mid 1970’s Dr. Joseph Puleo, a physician and herbalist rediscovered the significance of these sacred tones through the use of electro-magnetic technology and the Pythagorean method of number reduction wherein any number value can be turned into a single digit by means of addition ie. 456 becomes 4+5+6=15, 1+5=6. Using this method, he began to find patterns in the original hymns. The repetition of numbers he discovered related to the vibration frequency in Hertz (Hz) of the tones in the original chants. Using this system the original 6 tones were finally able to be linked to their associated musical frequencies. Once again making music a conduit for healing and connection to Universal energies. These frequencies can literally realign us with the original tones of the heavenly spheres and return our planet and ourselves to a balanced resonance.
Albert Einstein stated: “Concerning matter, we have been all wrong. What we have called matter is energy, whose vibration has been lowered as to be perceptible to the senses. There is no matter.”
All matter vibrates at specific rates and everything has its own melody. The musical nature of nuclear matter from atoms to galaxies is now finally being recognized by science. That is why these frequencies are so powerful. Solfeggio music is the key to the Universe!

Deborah Hill
Really interested where can i join and be a member
They scam you. I paid for a spell and it never worked.when I contacted them their excuse oh it takes time almost a year Yeah right