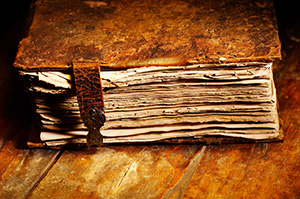 When it comes to witchcraft, the books of shadows is considered to be an important book because it is holds the laws of witchcraft, the beliefs of the religion, incarnations, herbal laws, healing laws, techniques of divination, Sabbat rituals, dances, chants, etc. The witches consider this book to be their guide for the practicing their craft. It is important for you to know that each and every tradition have its own book of shadows. Each and every witch knows that they have to keep this book a secret and no one should know about it.

On the other hand, it is sad to know that there are many witches who have made their book of secrets known to the outside world. According to the old tradition, each coven or group should only have one copy of this book and this book of secrets is generally kept by the High priestess or the High Priest. It is believed that this book should be written by hand. It contains secrets that only witches who are in the higher positions in the hierarchy know about. All the details that are in the book of secrets will be passed out when the witch gradually reaches the top ranks of the group or coven. It is to be noted that the book of secrets can not be taken with the witch if she ever plans to leaven the coven. The book has to remain in the coven.

Before the 1900s, not many people know about the contents of the book of shadows and in the ancient times, the secrets were not written down but they were passed down to the next generation orally. There were few witches who inherited their powers from their ancestors and they made it known that their ancestors noted down the lore and secret spells in books. In the year 1899, Aradia was published and this book is considered to be the first book of shadows. It was published by Charles Godfrey Leylands.

There is a tradition in witchcraft that states that the book of secrets of a witch will have to be destroyed upon her death. This is basically a book that includes the religious as well as magical texts in witchcraft. Apart from the various spells, this book also includes the personal spells made by the witch who is the owner of the book of shadows. 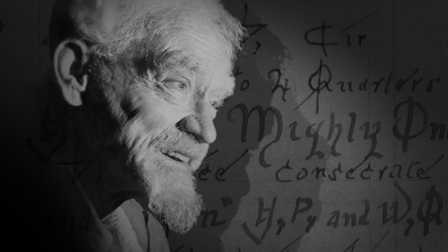 The father of Wicca, Gerald Gardner, was the first person to introduce this book to the ordinary people that he had initiated in to the coven that he had created. This was in the 1950s and Gardner stated that the book was just a book that contains spells and that since it had worked for the original owner; the followers of this tradition should also copy the materials that they think would work for them. He also asserted that all through the history, witches have been maintaining the book of shadows and that each and every Wiccan should have this book.

There are some Wiccan traditions that encourage their members to have two books of shadows. The first book contains the core rituals and no changes are made to it and the second one is a book that is used in rituals. Of course, the books of shadows of witches belonging to different groups are bound to be different and they may even include extra materials. These materials generally could be traded between the various covens.

I recently moved to Henderson Nevada, not far from Las Vegas. I would really like to find a coven with an open circle. I was wondering if you happen to know of any or could direct me to someone who would. I would very much appreciate it. Thank you

I'm not a witch , but do find this very interesting. I'm very open minded and I have done a few simple spells. I do believe that I have some sysic abilities.

You feel it ,you just know you fit in