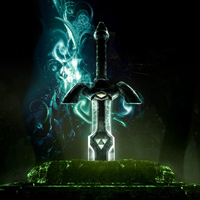 Many of the great mythological odysseys encompass the search for a great object of power. Some of these objects were said to have been created through Magickal means, while others are composed of Magickal formation that have existed since the dawn of time. These objects of power went beyond the ordinary, and allowed the individual who possessed that object great invaluable powers, whether it fell into the hands of a mortal, a demigod, or an immortal herself. While many of these objects have been discarded as purely mythological, others have been given thorough examination, with some individuals still believing in their existence.

One of the most famous of these objects was Excalibur, the great sword in the stone pulled out by the legendary King Arthur. With this sword, Arthur ascended the throne with ease, and was victorious in his battles while he held the sword in his possession. Greek Mythology provides for many of these powerful objects as well. There was the Armor and Shield of Achilles, said to be impenetrable, that allowed him to be the great force he was in the Trojan War. This armor was made by request through an ancient rite, yet has its basis in a true Craft-based practice. Other objects, however, were not created by any individual or practice, but said to be from the Divine herself. Zeus ascended power with his omnipotent Thunderbolts. His son, Hermes, was able to fly with his winged sandals. Poseidon could create certain animals and waterways with his trident.

There are many more such weapons of power in Greek Mythology. However, objects of power are present in basically every ancient civilization’s mythos. There was Thor's magic girdle and iron gloves, adding to his immortal might. In Hindu Mythology, the god Vishnu had a powerful bow called Saranga; Shiva had a similar bow called Pinaka, and the highest immortal Brahma created a unique weapon called Brahmastra. There were also weapons from true historical figures that came from these mythological figures. Achilles the Hun supposedly held a sword descending from Mars, the Roman God, which allowed him to conquer the people of a vast continent. King Charlemagne was said to have carried the sword of Joyeuse, or the sword of Earth, which has existed before mankind.

It would seem that because most of these objects of power are some form of weaponry, that the Divine has created Magick to promulgate warfare and violence. It is more likely than not, though, that many of these weapons were incorporated into mythology to adorn and aggrandize the accomplishments of many of these individuals during times of warfare to promote nationalism and heroism. If his people believed that they could not be defeated with a Divine object on their side, Attila the Hun could do no wrong by claiming that he had such. For this reason, weapons make their way to the forefront of the mythos of Magickal objects. However, there have been many objects of concord such as clothing, jewelry, and holy books. Jason's search for the Golden Fleece is among the most notable of these items. 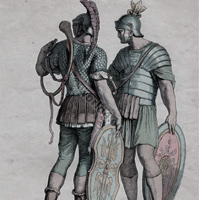 There are individuals who seek out Charlemagne's Joyeuse to this day, firmly believing that it has been buried somewhere along his great trek. More prominent is the search for the Holy Grail. While the Crusaders of the Middle Ages believed that this was a great chalice from which Jesus had drunk, modern literature has questioned this theory. Nonetheless, this object is said to be of great power to he or she who finds it. There are many more archaeological mysteries that many search for in the modern day. This might be to prove its existence, for the means of acquiring powers, or the uncover more of the Earth’s mysteries. The argument can be made that studying underground labyrinths, abnormal rock formations, seemingly dormant volcanoes, or even Earth's magnetic fields and wind patterns is in essence a search for an object or place of power. However you perceive it, if you feel that what you seek is a purpose of yours, then the power is in your hands already.

I want so bad to have the luck of all luck with me , I'm not a happy , joyful person like I once was , I really need the best of luck , how can I get that ?

Great story. and i think some one on this planet today has a possession and a great power within its mind,souls, or a power within. if i have this power how can i exploit or discover this into a full pledge of power. For instance string with object and ask for it to move forward,encircle, move faster and it happen. if so what kind of power is this?

Jodi, If you are looking to change your luck around I have a Spell that can help as well as a Candle Spell. The first one is the Uncloud Your Path Spell to help clear your mind and see the way to success. ( http://www.7witchescoven.com/combo-spell-uncloud.html ). The second Spell that can help is the Luck Changer Candle Spell. (http://www.7witchescoven.com/luck-candle-spells.html) Both are great to try.

Lorenzo, It would be almost impossible to determine if someone had that type of power therefore, impossible to exploit it as well.