The Afterlife in Wicca 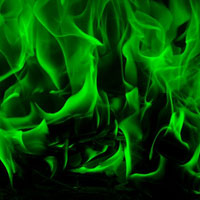 What Happens After Death?

The issue concerning whether the soul survives post-mortem is a complex topic not only in Wicca, but in all organized religions and personal paths. Certain religions have designated a locale for the good souls to enter after death, as well as one for the bad souls. Others have eliminated the negative aspect of the afterlife, and claimed that all souls enter the place humanity labels as heaven.

A Variety of Beliefs

Wicca does not have a definitive theory as to what happens to the human soul post-mortem. Like many other topics in the Wiccan faith, it is of greater value if the individual comes up with an idea for themselves, rather than adhere to a belief that others have created without truly understanding why that is. Some individuals may believe in the afterlife structures from ancient mythology. Others may believe in the idea of afterlife as created by the more modern Western religions, or reincarnation as established by various Eastern religions. Others may not believe in any sort of afterlife, may not be sure what happens after death (as who can truly be sure?), while others have formed a unique perspective. The point is, that regardless of your belief in the afterlife, this does not bar you from being a Wiccan.

The idea of a rite of passage for the deceased has been present since our early ancestors. In 1927, a group of archaeologists discovered a limestone hill possessing a cave within in the Chinese village of Choukoutien (Zhoukoudian), near Peking. Within the cave, fossil bones were discovered that were determined to be nearly a half of a million years old. This created much confusion as this time period constitutes a slightly before the development of Homo sapiens. At first, the species was classified simply as "Peking Man", but is now classified as Homo erectus - Homo sapiens direct predecessors. Not only were the deceased of this hunting community brought to a cave, but there also exists proof that a burial had taken place. While weather conditions and scavenging animals would quickly dispose of an exposed body, these ancient cavemen thought it necessary to prevent this from happening.

Why? This was certainly not performed for hygienic reasons, though there are a variety of possible alternative answers - which one is correct, we may never be sure. Perhaps it was to keep the body intact for reasons of the afterlife, resurrection, or immortality. Perhaps it was simply inspired by a dream. Nevertheless, to carry out these rites of passage for the deceased surely demonstrates appreciation for those who have passed on from this world. 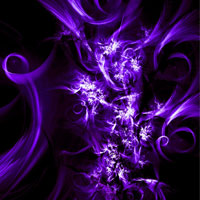 In ancient mythologies, there has been a designated location for the deceased. Some cultures called it the Underworld, others the Otherworld. The Egyptian Book of the Dead refers to it as Amanti. Wiccans generally refer to it as the Summerlands, because surely eternal summer would prevail here. However, the most common belief among Wiccans regarding the afterlife involves reincarnation. Similar to the Hindu notion, after an individual dies the soul is transformed into either a more or less advanced species in the next life for the lessons that soul has learned or the lack thereof. There is also a movement led by Raymond Buckland that supports reincarnation, but states that the soul is repeatedly placed within the same species until they have truly learned the necessary lessons, and are thus liberated from the life-cycle into the Summerlands.

IT OK I HAVE HEARD IT THANKS FRIENDS

I believe this reincarnation theory

I believe in reincarnation as a chance to "get it right", and that the soul moves into new bodies, each time trying to have a better balanced karma. Once this happens, the soul, connected with the "silver cord" of all the past souls, graduates into summerland, a place of perfect love and in the exact likeness of the god and goddess. The individual souls will be all formed into one deity, with the silver cord reformed into a shield that protects the new perfect soul. We would have the knowledge of the gods and will be able to travel to other worlds within our galaxy. Thus the saying that the soul never dies, is true, we would be a god, that is immortal. This is my insight.

Death is a thin wall. Jesus did it best. For good reason. Science now talks about memories being passed genetically. Which is a form of reincarnation. It is usually a question of semantics. I suppose the most pressing question really is a quiet, peaceful and painless transition. And speedy. And appreciation of our bodies while we have them. Blessings back.

My mother used to tell me that all souls go back to God when they die and then God determines where they go from there. I used to be scared to die with all the Christian talk of eternal damnation for sinner's who dont repent. But now I am quite confident in my beliefs on death regarding a second chance after death in the form of rebirth. I do not believe that any form of heaven or hell pleasure or pain is permanent just to make the soul stronger so that we can move on to different realms.

Well, it's a relatively new ordeal for me, but here's the deal: An old antiquity can be brought back. They got some bugs to figure out though. Like how to make it back with all your knowledge. I'm like a shakey toddler, holding a loaded weapon. All the gifts, no idea how to walk.