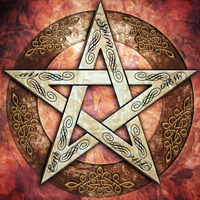 The upright Pentagram is a symbol that the followers of witchcraft or Wicca believe to be a mark that can help in protecting them against the evil. In its intertwined shape, people see the Pentagram as an endless knot and people made used of this on the windows, doors and on the fireplaces in all European houses during the pre-Christian era. The Pentagram is believed to be have been used even by the Sumerian and Egyptian cultures. In fact, there are also proofs that this sign is found on the medicine tools of the Native Americans. This sign is often confused with the hexagram or the Star of David, which is a six-pointed star and the symbol of Judaism. There are many ceremonial magicians who refer to the Pentagram as the Star of the Solomon.

Many people believed that the four points of the Pentagram are water, fire, air and earth. They also believe that the fifth point is the point that prevails over the other points and it represents the spirit. In very simple words, the Pentagram is a symbol that represents four elements that belong to the material world and connected to it is the Spirit that also rules these four elements. When this Pentagram is inside a circle, a symbol of wholeness and unity, it represents that we are connected to the Universe.

There are also some people who are of the opinion that a Pentagram does not have one but three points that are facing in the upward direction. You may or may not know about numerology but the number three is considered to be a number that is associated with harmony. In very simple words, the center point balances the opposite outer points. You will discover that the Celtic love of triads is based on this model. It is because of this that the upper three points that facing in the upward direction while the lower two points are facing in the other direction. This means that the Pentagram represents two opposites that can not be matched or integrated.

There is another view of the upright Pentagram and it is that this symbol represents the most ordinary view of deity in Wicca. It is believed that the three points that lies in the upper direction symbolizes the Goddess in her three-fold facets and these are Crone, Mother and Maiden. The two points that are facing in the opposite direction are the Consort God and the God of Darkness. On the other hand, what you should always remember that even though there are so many interpretations of the Pentagram, you have to know that all the points in this symbol are connected to each other. There are just different parts of the same whole. 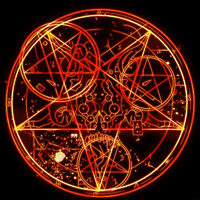 Now when the Pentagram is inverted, the meaning of this symbol also changes. It means that the physical word (.i.e. the four elements) dominates over the spirit, which is the fifth element. This is probably the reason why people who worship the devil make use of an inverted Pentagram. On the other hand, what you have to keep in mind that while Wiccans use the upright Pentagram this does not mean that they worship the evil. This is because the followers of Wicca do not worship Satan or evil.

It is always a pleasure to read your informative postings. I think your site performs a tremendous service to the Occult realm by explaining so many facts and details, especially clarifying so many issues that have been misrepresented or propagandized by those against Witchcraft in the past. All of you are to be commended.

ive wondered about this. I enjoyed reading this. Thank you

fab, loved reading this. often wondered about that inverted pentagram... thank you