The Witchcraft Act of 1604 - An Act Against Conjuration 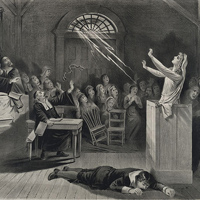 Many historical empires have passed laws outlawing the practice of Witchcraft, usually accompanying a gruesome death penalty. The Spanish Inquisition is one of the best known mandates. The Salem Witch trials are a staple of American history. The English Witchcraft Acts of the 16th and 17th Century, though lesser known, are of equal importance in tracing the persecution of followers of the Craft over the ages.

The claim to the British Throne had historically been attributed to the Divine’s will, meaning that a King’s or Queen's ascension was an act of God, not to be questioned in any which way. However, around the start of the 16th Century, new sects of Christianity and other faiths had been spreading to England, and individuals began to question the legitimacy of the King’s claim to power. While the British Monarchs had asserted their authority by imposing religion upon their subjects, the times began to change. Those who sought to practice a different religion advocated for this freedom, and the supposed Divine Monarch was losing control. 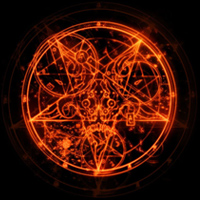 These advocates were successful to an extent, when Henry VIII excommunicated the Church of England from the Catholic Church’s Papal Supremacy, yet instead of allowing the freedom of religion, Henry VIII declared himself the Spiritual Leader and Supreme Head of the Church of England. In order to maintain control over his subjects, he passed an Act in 1542 A.D., punishing his easiest targets, Witches, making it illegal to practice the Craft by penalty of death.

Though this Act was repealed four years later, Elizabeth I had authorized a similar act in 1562, a few years after ascending the throne. This Witchcraft Act, technically called the Act Against Conjurations, Enchantments, and Witchcrafts was slightly more lenient than Henry VII’s act, yet still proved to be persecution at its finest. Witches were generally no longer burnt at the stake, and were sometimes afforded the right to be heard in a common law trial. But for the most part the result was the same. An individual who admitted to practice the Craft or study the Occult in any which way was certain to face a death penalty.

Then, in perhaps the best known Witchcraft Act in England during this time period, James I expanded the law that Elizabeth I had established. In 1604 he passed the Act against Conjuration, Witchcraft and Dealing with Evil and Wicked Spirits right after claiming the throne.

Interesting History! Hadn't read some of this version before.

please can someone tell me how to perform and make the change my luck spell work for me? and the witch crft spell simbol hw dose It work please?

Emmanuel, try this spell and see how it works for you. there will be things you will need though, here is how it is done. Spell to Change Your Luck Spell to Change Your LuckWhat You’ll Need: black candle to represent the bad luck gray candle to neutralize the bad luck white candle to move into the light green candle to wish for prosperity red candle to wish for love yellow candle to wish for happiness orange candle for speedy changes You can anoint all the candles (except the black candle) with good luck oil if you have it.Light the black candle and think of the bad luck. Light the gray candle to neutralize the bad luck. Light the white candle to stop the bad luck and move into the positive. Light the green candle and make wish for abundance. Light the red candle and make a wish for your love life. Light the yellow candle and make a wish for your happiness. Light the orange candle and ask for a speedy delivery. Spend some time before and after you light each candle meditating on the candles purpose. As you light each candle you may want to add some words or a chant whatever feels right and comfortable to you. Let all the candles burn down. Gather the left over wax of all the candles and place it in a wooden box. Place the box under your bed and don’t remove it for 3 months. After three months you can do the spell again. Get the Ability to Create Your Own Destiny and Get What You Want Instantly! I’m talking about the Power to Create or Destroy What Ever You Want to… As You See Fit! Develop real magick power. hope this helps.